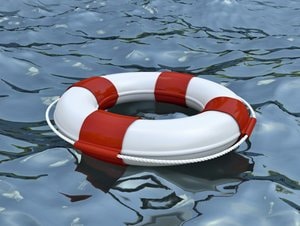 Maybe you’re in the same boat. I’ve always hated asking anybody for anything. I’d much rather be the helper than the “helpee.” Asking for a favor or support or a helping hand – it’s just not my style. And even when help is offered, I’m likely as not to turn it down.

If you’re old enough, you might remember the TV commercial that just showed up in a thought-balloon over my head. “Mother PLEEEEEAAAASE. I’d rather do it myself!” I would have bet money it was for Excedrin, but no. It was Anacin. And you can actually watch it here.

I’ve blamed that dogged self-sufficiency on my WASP upbringing. But the truth is, I have plenty of company. Many of us would rather not be on the receiving end, wouldn’t we?

It feels vulnerable, even weak to reach out. What if we ask and they say no? Then what – we’ll feel foolish, won’t we? What if they think less of us for asking?

But maybe when we insist that we absolutely must stand on our own two feet no matter what, we’re doing ourselves and each other a disservice.

Something happened the other day that reminded me of my friend Kathy Brosmith. She had a Ugandan student staying with her for a while and it turned out she probably learned as much as he did.

One night her guest told her, “I offer to help set the table … you say, ‘I’ve got it.’ You disrespect me. I want to help! U.S. people are like this. Never let someone help – you disrespect them.”

The kid has a point, doesn’t he? It actually feels pretty good to give somebody else a helping hand. So why are we so reluctant to give people that opportunity to feel good … even when they offer to do something for us?

And it’s not just about little things like setting the table or some other mundane household chore. It’s worth thinking about this issue in terms of your business.

What kind of support do you need in order to connect with more clients or make more sales or increase your revenue? Could you use a hand finding the right employee or hiring a contractor or connecting with a supplier who offers exactly what you need?

Have you thought about asking for that support? Have you been willing to accept a boost when it’s offered?

Do me a favor, will you? Sometime in the next couple of days, ask someone to help you out, and let me know how it goes. In the comments below, tell us what went through your mind as you considered reaching out. What sort of help did you ask for? How did that feel to you? And what was the result?