Webinars: They Don’t Have to be Boring 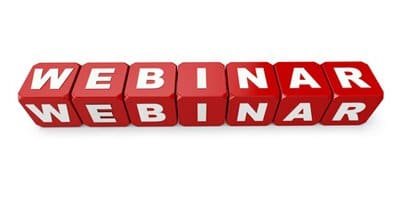 You know me, I’m a get-to-the-point kind of woman.

I find myself frustrated with the conventional way of doing webinars. I was particularly annoyed on Sunday. And my Facebook friends could relate.

Do you sign up for these webinars, and then find yourself wishing the host would get on with it already?

I was 25 minutes into the thing, listening to this guy go on and on about his childhood, his first marriage, a trip to Paris … well, that’s where I got off the train.

I was intrigued by the promise of his program. It was about breaking through barriers to achievement. I have a few of those barriers, don’t you?

But his incessant self-talk became a barrier of its own.

It’s a familiar scenario. Because when I mentioned it, I heard from a slew of folks on Facebook:

Then someone pointed out a problem for those of us who provide information to market programs or products: “We are taught to tell our story, and when does it become too much?”

I bet you can guess I had an answer:

I tell my clients nobody cares who you are or what you do until you give them a reason to care. Do that, and THEN tell your story. We’re not at the front of the room to vent, we’re there for our audience to get some value from what we have to say.

The things I teach over and over are as useful for webinars as for speaking to a live audience. Banish the blahblah. Make it more about your listeners than yourself. Focus on what they get, not what you do. Use their language, not your jargon. And don’t be boring. 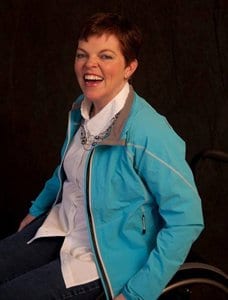 That could get you started on a webinar or teleseminar of your own. And here are some terrific suggestions from Online Business Strategist Robyn MacKillop, PhD.

1. The adult human brain can only pay attention to one thing for a maximum of 8 minutes without a change in activity (down from 20 prior to technological advances in smart phones). That means you cannot talk at people for more than 8 minutes at a time or you will lose them.

2. If you are giving a 60 minute Webinar, have five or six different change-ups or activities.Make the group shift its learning modality every 8 minutes or less.

a. Listen
b. Move around
c. Have an activity they do on their own for 5 – 7 minutes without you talking
d. Develop worksheets people can write on during the talking portions

3. There are three main learning styles – Kinesthetic/Tactile, Visual, and Auditory.

4. Most people are Kinesthetic/Tactile or Visual Learners. Far fewer are Auditory Learners, so you definitely don’t want to talk for 60 minutes straight.

Now you’ve learned something. I hope you’ve been entertained. The moving part is up to you.

But before you move, tell us what you like … and what you don’t … when it comes to webinars. And to say thanks to Robyn MacKillop.