Can We Calm The Corona Crazy? 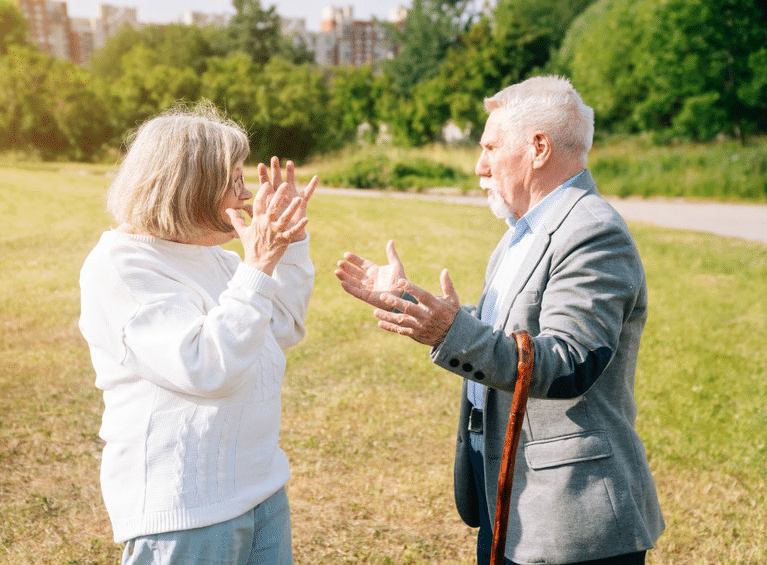 Apparently, I was a bit naïve.

Way back in May of 2020, I was saying if we just gave each other a little grace, the free-floating crankiness out there would settle down.  You might remember my very sound suggestions for clients, customers, and the companies who serve them.

Some businesses were beginning to reopen after the initial pandemic shutdown. And there were difficulties, summed up well by an ice cream shop owner. “People have forgotten how to treat other human beings in the six or seven weeks that they’ve been confined to their homes.”

Well, now it’s been a year and a half.

We’ve emerged from our homes for some activities in some places, retreated again in the face of a COVID surge, and come back out into the wider world with more opportunities to interact with other humans.

Which create more opportunities for corona-craziness.

Travelers act out on airplanes.

More than 100 incidents were serious enough to be reported to the FAA last week alone. So far this year passengers have threatened, spit at, and even hit airline employees at least 3600 times.

Responding to the mayhem, flight attendants are getting self-defense training and tips from federal air marshals to de-escalate ugly situations.

You see news stories referring to “unruly passengers.” I say “unruly” is when a kindergartener acts up over having to take a nap. These grown adults threatening airline personnel and passengers are way beyond “unruly.” Aggressive, violent, and potentially criminal are better descriptions.

Maybe you heard about the confrontation between two congressmen.

In a spat over who’s sponsoring what legislation, Madison Cawthorn and David McKinley did everything but challenge each other to a duel at dawn.

“At one point,” Politico reports, “the conflict turned into a yelling match on the House floor filled with slights and suggestions of retaliation, according to four sources. One onlooker thought the two men’s floor altercation would devolve into a fistfight; it ended with Cawthorn taking a shot at McKinley as a career politician in an interview.”

And get this. Lest you think it’s all just inter-party squabbling, Cawthorn and McKinley are both Republicans!

In the partisan-palaver category, there was House Speaker Nancy Pelosi calling the minority leader “a moron.” And Kevin McCarthy talking about getting the gavel when he becomes speaker … and using it to hit Pelosi.

Health officials are under attack.

In St. Louis, the crowd chanting “Trump 2024” objected to what the acting county health director said about the resurgence of COVID and the need for mitigation. By calling him a “fat brown bastard” and worse, and imitating Apu from “The Simpsons.”

Dr. Faisal Khan acknowledges that he responded to one of his tormenters with an upraised middle finger as he was shoulder-bumped and shoved trying to leave the meeting. He adds that, considering the racist vitriol hurled at him, he cannot say he’s sorry.

Protesters in Los Angeles screamed at strip-mall shoppers that masks are a scam and the vaccine against the coronavirus is killing people.

In Fort Lauderdale, they set masks on fire outside a school board meeting, yelling that face coverings are a symbol of tyranny and child abuse. The board finally canceled its discussion of mask requirements for the upcoming school year.

And the manager of a Florida big-box store told the New York Times she’s calling police two and three times a day to break up fights. “We’ve had shoppers go after each other,” she said. “Pushing matches, running carts into each other, running over people’s feet, ankles.”

Yikes! We’re seeing the same kind of thing in much of the country. And far from calming things down, government officials in many places are throwing fuel on the fire.

In that spring, 2020 look at the COVID-cantankerous, I offered this. Just breathe for a moment, deeply and fully. Ground yourself. And breathe.

Also, pause when you’re irked and try to look at the situation from the other person’s perspective. Yes, it’s challenging. And it can make a huge difference in the interaction.

And I recommended taking some action rather than just stewing over the situation, whether it’s short staff at your favorite restaurant, supply chain issues keeping you from the purchase you want to make, or confusion about when and how you’ll return to the office.

It seems a lot of people weren’t listening, doesn’t it? Looks to me like the ugliness has gotten worse instead of better. And maybe that was to be expected as stay-home suggestions and mask requirements came and went and came again.

I noticed something in my own response to a post on my blog. I suggested we “assume positive intent on the part of people who are trying to do business under difficult circumstances.”

What if I assume positive intent on everybody’s part?

I mean everybody. Including the people parading around with signs about the evils of face-coverings. The ones blasting vaccines as some kind of wacky conspiracy. And even the ones who send me emails objecting to everything I write.

To tell you the truth, I’m not absolutely sure I have it in me. It’s so much easier, and (I can admit it) in a way more satisfying, to put a negative spin on all of it.

Don’t you think? When we ascribe hostile motives to people who see things differently, we can write them off. That’s less likely if I assume they have some reason for their point of view, even if I can’t agree with it.

Okay, we’re only two people and we might be swimming against the tide on this. It would be much better if politicians, pundits, and celebrities would stop throwing fuel on the fire and try assuming positive intent.

That doesn’t look likely at this point. So how about it?  Add a comment below and let me know if you’re ready to be a drop in the bucket with me.