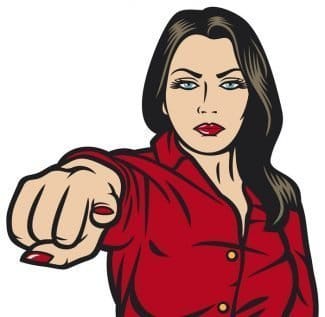 What do we have against women who run for president?

Unsettling news for Democrats emerged from a poll in six battleground states where electoral college votes put the president over the top in 2016.

Although national polling gives several Democrats a solid edge over Trump, those six key states present a different view. Especially for Elizabeth Warren. She loses on the basis of electability and likability.

That led the NY Times/Siena College pollsters to ask some specific questions that reveal a problem for women in politics, and maybe everywhere else too.

Nearly half the people polled said most of the women running for president aren’t that likable.

And get this. Women are a little more likely than men to label female candidates unlikable.

I guess I’m part of the problem, and maybe you are too.

Elizabeth Warren reminds me of a gym teacher, the way she strides on stage at the debates with those ridiculously hearty gestures and a voice to match. And I’m on record when it comes to gym teachers.

Other voters phrase it differently. “There’s just something about her I don’t like.” “Her body language bothers me.” “She seems cold.” And … the kiss of death with swing-state voters … “She’s a lot like Hillary Clinton.”

Warren herself had pretty well dodged questions about personality, until Joe Biden called her angry and unyielding.

Instead of deflecting, Warren leaned in with an email to supporters: “I’m angry and I own it.”

“Over and over,” Warren wrote, “we are told that women are not allowed to be angry. It makes us unattractive to powerful men who want us to be quiet.”

And of course, being angry makes women “unlikable.”

So, what does a woman in politics—or business—have to do to be likable? Or is it time to let go of likability as a criterion for success?

You know I believe men as well as women are most likable when they combine the strong traits we traditionally label masculine with the warmer qualities historically called feminine. I’m sticking with my views that we all benefit from dancing between command and connection.

There’s an extra hurdle for women, though, as Alicia Menendez, the author of The Likeability Trap points out. “Ambitious women know, and the research supports the notion that the more successful a woman becomes, the less others like her.”

This may be the crux of the issue for women who rise far enough to run for president. Or to move into the C-suite. Or to launch their own business.

Is authenticity the answer?

We’re told by all kinds of experts that authenticity is one key to likability. Be your real self, they say, and people will like you more. That may not work so well for women.

When we play full out and let go of the need to be nice, Menendez says, “Women are being penalized for being brazenly themselves.”

So, “be yourself” is great advice. For people who are already assumed to be competent, qualified, and powerful. Which is to say, for men.

For the rest of us? Well, there’s this, from Sociologist Marianne Cooper in Harvard Business Review:

“High-achieving women experience social backlash because their very success – and specifically the behaviors that created that success – violates our expectations about how women are supposed to behave. Women are expected to be nice, warm, friendly, and nurturing.

Thus, if a woman acts assertively or competitively, if she pushes her team to perform, if she exhibits decisive and forceful leadership, she is deviating from the social script that dictates how she “should” behave.

By violating beliefs about what women are like, successful women elicit pushback from others for being insufficiently feminine and too masculine. As descriptions like ‘Ice Queen,’ and ‘Ballbuster’ can attest, we are deeply uncomfortable with powerful women. In fact, we often don’t really like them.”

Presidential candidates and professional women get a lot of advice (sometimes from me) about how to have a more commanding presence, convey confidence, and connect with the people around them.

Maybe we should stop focusing on individual women and how they can overcome their likability issues.

How about the rest of us get over being “deeply uncomfortable with powerful women”?

We can start with questioning our assumptions and our language.

When we hear someone say a woman is shrill or strident, we can ask what that really means. Are we talking about expressing strong opinions? And if a man did that, would we describe it in the same way?

What about that “angry woman” thing? If a man speaks out against injustice, is he penalized for his anger … or do we admire him for taking a strong stand? What about when a woman speaks out?

And (I’ll own this one) if a woman shows up at a presidential debate being loudly vigorous and cheerful, she brings up anti-gym-teacher bias. Is it possible a man behaving the same way would seem friendly … and kind of like your Uncle Joe?

Are you in for an experiment?

Tune in and notice your gut reactions to strong women—the ones on the campaign trail or the ones in your office.

Pay attention to the words you use to talk about them, or even to think about them. And see what happens when you play with the words. Find less-loaded language to describe those women. Or experiment with the same words applied to a man.