He Said – She Said 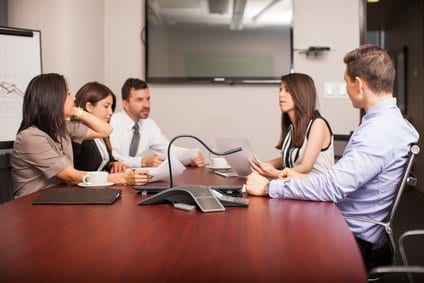 When it comes to work, it’s often not our imagination when we feel overlooked. And under-heard.

Here’s what men said about their female colleagues according to a Harvard Business Review article: “They were well aware that women often have a hard time making their otherwise strong voices heard in meetings, either because they’re not speaking loudly enough or because they can’t find a way to break into the conversation at all. More than a third indicated that when their female peers do speak up, they fail to articulate a strong point of view. Half said that women allow themselves to be interrupted, apologize repeatedly, and fail to back up opinions with evidence.”

And what did the women have to say about that? “Many women admitted that they do get rattled when they’re challenged. In fact, they’re uncomfortable with conflict in general. They find it unsettling when anyone receives a sharp public rebuke, and they often brood and second-guess themselves long after meetings are over. ‘When men dismiss women,’ said a female vice president, ‘women may interpret it as being put in their place.’”

Yikes! No wonder so many women feel their voices aren’t being heard.

The question is: what do we do about it? Seems to me there are two separate issues at play.

One of them is internal. If we don’t feel confident, if we’re worried about what people will think of us, if we’re afraid to step on someone’s toes … we’re likely to hold back. We avoid saying what we really think – or feel – or we may even say something that’s the exact opposite of what we’d really like to say.

So we need to deal with the inner conflict, the fear of offending someone, the internal dialogue that tells us to play nice, to keep the peace, not to rock the boat. That’s a piece of the puzzle.

And there’s more to it, too. So many women are in the habit of swallowing their words. They’ve lost touch with their actual, physical voice. They speak softly, with a tentative tone and a question mark at the end of what should be a declarative sentence. Their voice comes from their head instead of their core. And that means they can easily be dismissed as being uncertain of what they’re saying.

That little-girl voice can be deadly for your business or your career.

And remember what those corporate men said about women apologizing repeatedly? “I’m sorry” is just one of the language habits that make it easy for a woman to be ignored or talked over in a meeting.

Well, my friend Lisa Kaplin and I are out to change all that. With a day-long workshop for women: Free Your Voice and Be Heard.

Lisa is a life coach with a doctorate in psychology. She works with smart women who aim to move from being “stuck” into a life filled with calm, confidence, and joy. And of course one way they do that is by changing their self-talk.

And you know me. I say our voice and language are the outward expression of our internal thoughts and feelings. How we express ourselves to others has everything to do with how our ideas are received, not just in our professional world, but in every aspect of our lives.

We can’t really complain about not getting a seat at the table if we don’t show up ready to fully occupy the chair.

If this resonates with you at all, I hope you’ll join Lisa and me in Skokie on Friday, October 23. You’ll find all the details here – the where-and-when and the what-you’ll-get. And you can click through to register now.

I’m thrilled that people have already started signing up for what promises to be an exciting and even life-changing experience. And I don’t want you to be left out. So please take care of this today.