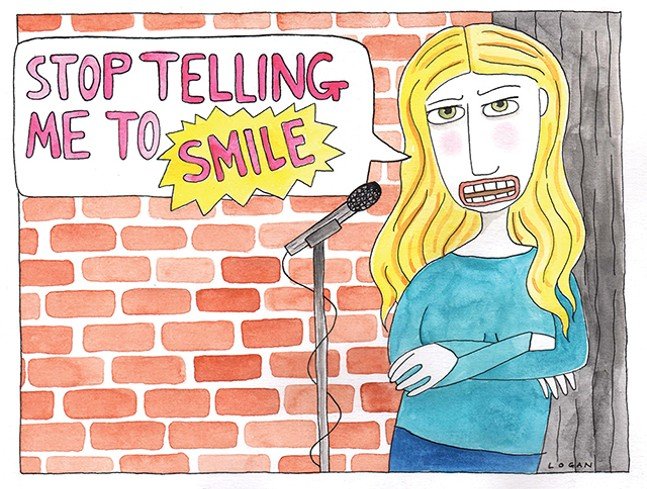 “Tonight, two broadcasters made comments that were not only inappropriate, they were also blatantly wrong. Those broadcasters were terminated.”

That was the statement from a Maine radio station, after a couple of basketball announcers made disparaging comments about some high school players.

No, they weren’t criticizing the girls’ shooting, dribbling, or defense. The two men, a former high school coach and a retired athletic director, mocked the teenagers about their weight.

“Easton has two girls out here extremely overweight. Awful,” one of the men commented, as the other one cackled and made some wisecrack about getting uniforms that fit.

The Portland Press-Herald says reaction came quickly on WHOU’s Facebook page. “You should both be ashamed of yourselves and remove yourselves from high school basketball,” one commenter posted.

“I agree,” someone replied. “One of the girls is my granddaughter, and she is totally devastated!”

The broadcasters’ defense? They didn’t realize their mics were on when they mocked the girls they were watching on a monitor as they prepared to call another game.

The station owner was unimpressed. He axed them anyway. Fred Grant says all WHOU announcers are trained to focus on the game and refrain from negative comments about players, coaches, or officials.

“It’s in writing. It’s verbalized. It’s repeated,” he said. “They knew the deal. It’s a colossal failure by them.”

Grant is getting compliments for taking swift action.

Meanwhile, on Twitter, guys are defending the big-mouthed broadcasters with comments like “Is it really so terrible for a man to be grossed out by a girl who is ‘extremely overweight’?” and “What is sickening is fat basketball players.”

The story from Houlton, Maine grabbed my attention partly because it dovetailed with something that happened here in Chicago last week.

A Cook County judge shot off his mouth about a defense attorney as his court call was wrapping up, apparently unaware that he was still live on YouTube.

“Can you imagine waking up next to her every day?” Judge William Raines said. “Oh my God … I couldn’t have a visual on that if you paid me.”

Charming. So, the big issue for Judge Raines isn’t the lawyer’s knowledge, acumen, or ability to represent her client. It’s all about how enthusiastic he’d be to find himself in bed with her.

And get this. He was talking about her with a couple of assistant states attorneys, both of them women. The States Attorney’s office acknowledges the exchange was “unacceptable.”

The lawyer who was the subject of all that hilarity is filing a complaint with the Illinois Judicial Inquiry Board. Her client’s case has been handed to a different judge. And the circuit court’s executive committee is reviewing the whole situation.

What conclusions can we draw?

We should all be smarter about microphones.

They’re designed to pick up sound and broadcast it into the room, over the airwaves, or through the internet. And they do it very well.

If there’s a mic in front of your face, don’t say anything you wouldn’t be proud for the whole world to hear.

These stories make it clear that people can be wrong when they assume a microphone is off, with results ranging from embarrassing to painful to career-ending.

Back in my radio days, a colleague unleashed a stream of vulgarity after a misstep while he was recording a public affairs program. He stopped, took it again from the top, and assumed the editing process would leave his crude language on the cutting room floor.

Sadly, the engineer who did the editing wasn’t paying much attention to his work. The whole shebang wound up on the air, including some of those words you famously can’t say on the air.

Fortunately, it was a middle-of-the-night public affairs program with very few listeners. Unfortunately, the news director was one of them.

In the end, the newsguy and the engineer kept their jobs and all of us learned a valuable lesson.

If there’s a mic in front of your face, don’t say anything you wouldn’t be proud for the whole world to hear.

And yes, that goes for those meetings you’re holding on Teams or Zoom.

It’s one thing for play-by-play guys to comment on a player’s performance. The barbs about their teenage bodies were unwarranted. And just plain mean.

A judge can certainly question a lawyer’s credentials or how well they make their case. Commentary about the lawyer’s desirability as a bed partner is out of bounds.

Decent men need to step up.

When I posted on LinkedIn about the judge, his hot mic, and his big mouth, women were quick to comment.

They were “shocked,” “disgusted,” and certain that “this wasn’t an aberration; it was the time it was caught on a mic.” And that’s just a small sample of what my female connections had to say.

Meanwhile, the men in my LinkedIn network were silent. Okay, three of them  weighed in. I appreciate Brad Farris, Dan Gershenson, and David J.P. Fisher for their solidarity with outraged women.

We could use some more of that. These stories hit women where they live. Not so much for men, I guess. And, guys who have wives, daughters, or female friends and colleagues should care about it as much as we do.

Action steps for all …

Keep those unkind thoughts to yourself, and not just the ones rooted in misogyny. There’s enough misery in the world without adding to it by saying mean things.

When you hear somebody else being nasty, especially when they’re picking on people about their gender, relative attractiveness, or sexual desirability, refuse to participate. Better yet, speak up and shut the conversation down.

If you have something to say, you can say it here in a comment.