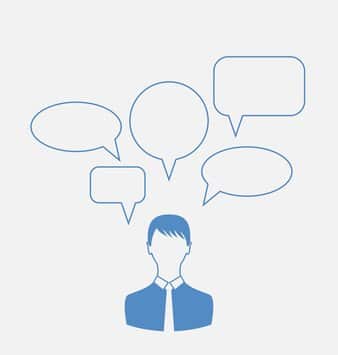 So what do you do when they don’t pick you?

It happens, right?  A would-be client chooses somebody else. A prospective employer follows up your interview with “No thanks.”   An association elects that other guy to the position you were hoping to fill.

My business coach routinely tells us, “Don’t take things personally.”  And yes, I know, that’s one of those Four Agreements, too.

The other day, a gig that was on my summer calendar fell off the calendar.  The association that was bringing me in made some changes and the planned event was called off.  Too bad; I was looking forward to doing a program for them. But their internal changes obviously had nothing to do with me. It wasn’t personal.

But then there was that other organization – the one that brought me in the same afternoon to talk about training for some of their staff.  And the very next morning, they blew me off. It was painfully polite, but it was a definite dismissal. “The skillsets that you bring, Catherine, are best considered for training at another time.

You’ve been in the same kind of situation, I’m sure. As I said, we often find ourselves in the running for a piece of business or a new job or an elected position of some sort.  And sometimes, we don’t get picked.  That’s life, right? Like that old song says … pick yourself up, dust yourself off, and start all over again.

A business coach, telling me about handling the NOs, said, “Write this down.” I was diligently taking notes, waiting for the magic advice that would make it easy to move on.  As he said, “N … E … X …”   Okay, I get it.  Next!

For me, not being picked for a gig equals not being invited to Tom Robinson’s birthday party in 6th grade. Not having a date for prom.  Not being renewed at WLS (they called it “a likeability issue.” Sheesh.)  And a lifetime of other not-picked experiences.

Before you think I’m completely crazy, this is not unusual.  It’s the way the brain operates.  My brain, your brain, everybody’s brain.

Executive Coach Kris Lonsway says research proves that we feel before we think. So a business situation can trigger emotional memory before we cognitively know what’s going on. Thanks to that primitive part of the brain, the amygdala, feelings get activated immediately if they’re connected to some significant experience from the past.

For me, those emotional memories are about not being picked. For some people, it’s doubt about their talent or ability. They get a new client and instantly wonder if they’re really good enough to do the job. Others might have feelings about authority figures – their boss asks to see them and it triggers the emotion they felt being called to the principal’s office 35 years ago.

And it’s not just a business thing. Kris plays competitive tennis. “Some people quickly move on from a bad shot or a bad game,” she says. “Other people, who are technically better tennis players, get so bummed by losing that they can’t recover. One missed shot becomes a downward spiral because they generalize: I’m a failure. I can’t do anything right.”

Luckily, there are strategies for business owners and tennis players.

The big one is Thought Restructuring.  Become AWARE of the negative thought when you catch yourself doing it. And REPLACE that negative talk with positive messages.

I admit, I rolled my eyes when Kris first suggested that. (My mind went right to the old SNL character Stuart Smalley.) But she assured me, it’s “not just being rosy. It’s stepping back and thinking, “What did somebody else do better?” “What could I learn from this?” “How can I be more successful next time?”

If I look at my not-picked scenario from a third party perspective, I might also tell myself, “This one wasn’t a fit.” “The next opportunity will be better.”  Or, “Who would find my work more valuable than these #@$@!# idiots?” (Okay, I’m kidding about that last one.)

The third-party view is important. At Lonsway Consulting, Kris works with her clients to increase self-awareness, enhance leadership and build a healthy, productive team. She coaches them to start out doing Thought Restructuring when they’re in a positive state, not when they’re right in the thick of an amygdala hijack.

“Tomorrow morning, I’m going to make an appointment with myself to do the analysis. When I’m in a better frame of mind.  When I can see solutions.”

And hey, if any of this strikes a chord with you, you can tell me about it however you like.

PS:
Just in case you’re too young for the title of this article to make sense, before America’s Got Talent and Dancing with the Stars and The Voice, there was The Gong Show. Celebrity judges rated amateur performers; if they thought the act was especially bad they stopped it – by striking a gong.