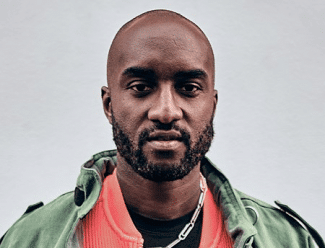 “I’m not versed in public speaking.”

We’ve seen this a lot lately. Somebody says something somewhere. Somebody else is offended. Controversy ensues.

Exhibit A: Louis Vuitton’s Artistic Director for Menswear. No, I’m not a fashionista either – I couldn’t tell you much about Louis Vuitton and I didn’t know anything about Virgil Abloh until he set off a firestorm.

The fashion industry is not exactly a bastion of diversity. Such a tiny percentage of designers are Black, Abloh made a big splash when he was promoted to that position in 2018.

He got even more attention a couple weeks ago with an Instagram post about looters destroying “Our own communities, our own shops . . . this shop was built with blood sweat and tears.”

Predictably, Abloh came in for criticism. He was blasted for being more concerned with protecting businesses than with protesters fighting for racial justice.

Publicizing his $50 donation to a group paying demonstrators’ legal fees didn’t mollify the critics. There was another wave of social media scorn from those who perceived that contribution as paltry. (And who, of course, knew nothing of the other causes Abloh has supported.)

You might dismiss the whole flap as one more cancel-culture spasm in a whole series of them. What grabbed my attention is what the designer said about it in an interview with Fast Company.

“I’m not versed in public speaking, especially on topics that are quickly evolving. I’m not made for a podium…”

People say that sort of thing all the time, don’t they? You might have said it yourself.

I’m going to say those days are over. For all of us.

Whether we seek out the spotlight or not, we’re increasingly likely to find ourselves standing up in front of an audience … or sitting on Zoom in front of a virtual one … or posting a quick video on social media. Or even showing up in somebody else’s post about a conference or a demonstration or a social event.

In all of those contexts, what we say matters—sometimes it matters a lot. Often how we say it has even more impact.

Virgil Abloh is in a position of leadership with a high-profile company. He’s going to get attention, whether he wants it or not, by virtue of his success in a field that hasn’t historically been hospitable to Black men. People listen to what he says. And in this polarized time, they’re likely to pile on if they don’t like what they hear.

He’s not alone. People are listening to what you say, too.

When you speak up in a Zoom meeting, or even comment in the chat box. When you post a video on Facebook or Instagram. When you show up at any public event in person or virtually.

People are listening, and to tell you the truth, they’re judging. Not because they’re mean, just because they’re human. They start having opinions of you before you even open your mouth, and certainly before you’ve completed what you intended to say.

If you’re not comfortable with that, and a lot of people aren’t, it’s time to start getting comfortable.

Here are a few ways to do that.

Toastmasters is another place to practice speaking and learn from (and with) others who are mastering the skills you need.

For solo professionals, there are companies offering public training sessions in speaking; a quick Google search will give you some suggestions.

I’ve offered a couple of sessions now of Connect with Your Virtual Audience: A Salon for Speakers. You know I was doing “virtual” speaking on the radio long before I became a professional speaker. I’ve been sharing what works when your audience is not in the room with you. And I’ll likely offer the Salon again later this month.

What you ought not do is hide behind “I’m not versed in public speaking.” It just makes sense to get versed, don’t you think?

Maybe you’re someone who just loves being in the public eye—or ear. Or maybe you’ve been trying your best to keep a low profile.