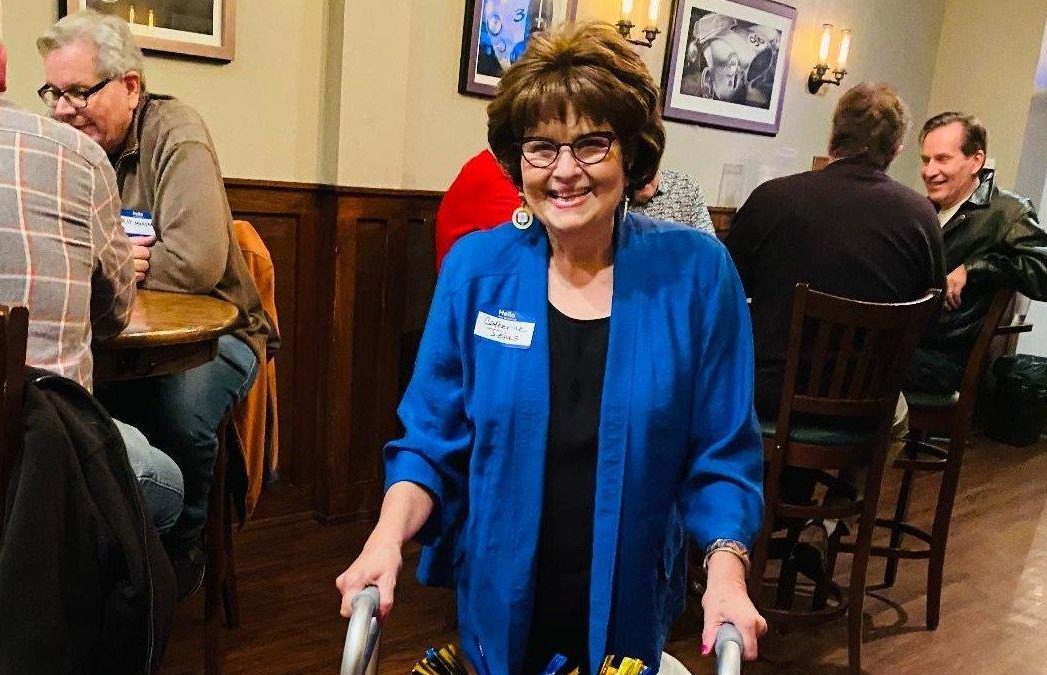 You may have noticed; I’ve been missing from your inbox for nearly two months.

I declared Intermission, intending to launch my second act as I healed after my surgery. Okay, so it may be more like the third or even fourth act, but you get the idea. I’m a new woman, and not just because of the shiny new screws in my spine.

I hadn’t planned for recovery to take this long, but as it turns out, right now is the perfect time for that fresh start.

Apart from finally being able to ditch the drugs and get through a whole day without napping … I’m celebrating a birthday this week. A milestone birthday.

There. I said it. In a bold font, even. Why is acknowledging age so challenging? There’s an impulse to downplay it, keep it to myself, even shave off a few years.

It’s not as if my age is a secret. I mean, I’ve been around for a while.

You’ll find photos of me on Facebook with Eighties Hair. Because they were taken in the ’80s.

Middle-aged people tell me they used to listen to me on the radio. While their mothers were driving them to school.

And I just went to my 50th high school reunion.

It’s actually been 52 years since we graduated; our big shindig was canceled by Covid. Twice. We finally succeeded in throwing ourselves a party this year. We gave it a subtitle: The Class of ’70 at 70.

To my chagrin, I had to go to the reunion still using a walker. Now that is a sign of aging.

On the other hand, I decorated that sign of aging with blue and gold pompoms. You know what I always say. When there’s an elephant in the room, don’t try to ignore it. Embrace it.

Age, and the physical issues that go with it, can feel like an elephant in the room. No point, really, in tiptoeing around them or pretending they’re not there.

We can try Botox and liposuction and dressing like our daughters. In spite of it all, we’re still the age we are. The calendar doesn’t lie. We might as well embrace the elephant, no?

Yes, the physical effects of passing years are real. Even the healthiest of us don’t have the same bodies we had at 30. Or even at 50. I may not be the only one who looks back at the body I hated at the time … wishing with all my might that I could look like that again!

I can’t, of course. At the same time, I’m not ready to just call it quits. Are you?

We need to show up.

Women of “a certain age” often complain that they’ve somehow become invisible. And that certain age might be one that seems young to me now. You’ll hear 44-year-olds say nobody notices them anymore!

I’m saying we don’t have to settle into invisibility, no matter how many years we have behind us. There are steps we can take on the outside and on the inside to make sure we’re seen and heard.

We can make the kind of impact we’ve always made. Get noticed the way we always have. And let go of the impulse to hide our age from the rest of the world.

In fact, I was ready to stand up in front of a roomful of my elders and talk about being “Vibrant and Visible at ANY Age,” until the pandemic put a crimp in my speaking schedule.

It might just be time to revive that, now that I have even more experience with getting older.

If you know a group that needs to hear my message, I hope you’ll get in touch. As I said, I’m back, and ready to book some gigs for 2023.

Meantime, it’s your turn. Is age just a number for you? Or have you been hinky about saying that number out loud? And are you ready to embrace that elephant? 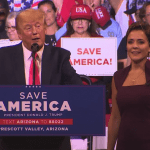