How to Get to KLT (Know, Like and Trust) 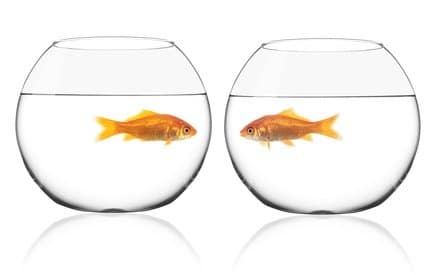 You know that sense you get sometimes in a conversation? The two of you are on the same wavelength. Seeing eye-to-eye. Singing from the same hymnal. English is full of idioms that describe that feeling of rapport.

Rapport occurs naturally in our interactions with other people. But sometimes it takes a while for two people to get on the same page, to be in synch, or to hit it off. In a business situation, we may want to hasten the process along.

One way to do that is to make ourselves a little bit more like the other person. But we want to do it in a subtle way, rather than obviously imitating everything they do. The idea is to create a sense of accord, not to irritate them with phony, salesy tricks.

You might try to match or mirror the things they do unconsciously.

Start by observing their physiology:

What about the way they move? And yes, even when people seem to be sitting still, there are plenty of small movements to notice.

Once you pick up on your conversational partner’s habits, what do you do with that intel? You use it to make subtle adjustments to your own way of sitting or moving or gesturing in the interest of establishing rapport.

I notice that’s the second time I’ve mentioned the need to be subtle with this stuff. I remember when I was kid my brother would drive me crazy imitating everything I did until I yelled for Mom to make him stop copying me.

We don’t want our clients or prospects hollering for their mothers to make us go away and leave them alone.

But we do know that when people are naturally feeling a sense of harmony and accord, they mirror each other. One leans in and so does the other. They lower their voices together. Or take a sip from their drinks simultaneously. Neuroscientists call that “limbic synchrony.”

So try this. If you’re talking to someone who leans to the left (literally that is, not politically) tilt just your head in the same direction, rather than adjusting your whole body.

If they use small, contained gestures, bring yours down to the same scale, even if more sweeping movements are typical for you.

If they cross their right leg over their left, cross your left leg over your right. Or cross just your ankles to approximate but not imitate what they’re doing.

Practice with family and friends. Look for little ways you can match or mirror their movements and gestures, and see how it affects the quality of your communication.

Notice when the other person starts to mirror you – that’s a sign that you’ve established rapport.

And take note of the times when you naturally find yourself mirroring someone without even intending to … ask yourself how you’re feeling when that happens. Chances are good you’re very comfortable and you’re speaking the same language. 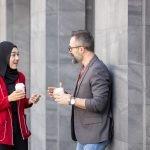