The Laws of Physics for Speakers 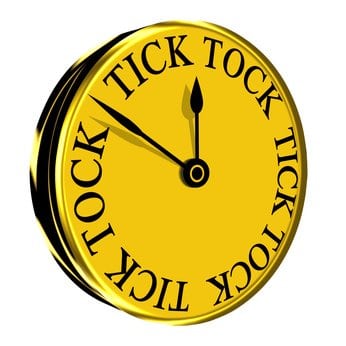 Whether you stand up at a networking event and give your “elevator speech” … or take your place at the front of the room with a signature talk to grow your business … you almost always have a time limit to work with.

Which means you also have a content limit to work with.

You can only say 30 seconds worth of words in 30 seconds. An hour of time will only hold an hour of speech.

Talking too much is a huge temptation for those of us with a message – and a mission. We have so much to say! And it’s great stuff! And people really need it! And it can help them so much! And … well, you get the picture.

In our enthusiasm for our subject, we can easily overdo it. Drowning our listeners in a torrent of information that has them tuning out and maybe even missing our main point. The one thing we most wanted them to hear.

You’ve probably seen the research that says human beings now have an attention span shorter than that of a goldfish. Let’s give our audiences a little more credit than that.

Assuming they’re interested in what we’re talking about, they can actually pay attention for 10 to 20 minutes. There’s a reason those TED talks are 18 minutes long!

That really is about the extent of it for most listeners. Brains get tired, literally overloaded with information when we listen longer than that. And our ability to retain what we’ve heard plummets. Research shows we remember more when we listen for shorter periods of time

Now, not all talks last 18 minutes. A typical keynote is more like 45. Or even a full hour. If you’re giving a longer talk, know that you need to break it up. Do something surprising, ask the audience a question, or get them to move. Have them do something – anything – physical. Standing up, or even raising their hand will be a pattern interrupt that will jostle them enough to keep them from glazing over.

And don’t take offense; I’m not assuming you’re a boring speaker. I’m saying the best speakers know these secrets. And the geniuses behind the TED conference are on to something with their timing.

Chris Anderson is TED’s curator: “The 18-minute length works much like the way Twitter forces people to be disciplined in what they write. By forcing speakers who are used to going on for 45 minutes to bring it down to 18, you get them to really think about what they want to say. What is the key point they want to communicate? It has a clarifying effect. It brings discipline.”

Whether you’re speaking for 30 seconds or 30 minutes or more, that discipline means that you

When clients tell me (and they often do) “I can’t possibly get it all in in ___ minutes. I have too much good information,” I give them the same advice.

I also suggest – gently – that when they insist on sharing everything they know about their subject they’re really just self-ing. They’re making it all about them. Their feelings, their desires, their valuable information.

You’ll have much more success as a speaker in any venue if you’ll take a step into your audience’s map of the world. Go by what they need, not what you need. Less often is more when it comes to speaking.