What You Can Learn from The Superjock 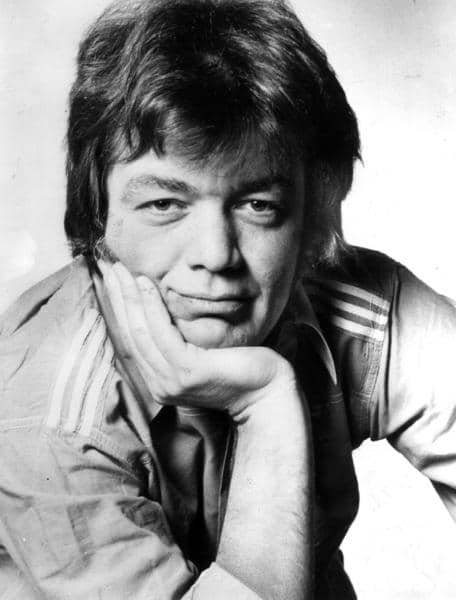 The bloggers and broadcasters are buzzing with one-year-later stories. Yes, it’s been a year since the legendary Superjock Larry Lujack died.

If Larry were still around, he’d say the headline for those pieces should be “Larry Lujack: Still Dead.” You might have noticed “sardonic” was one of the words they always used to describe him.

If you’re not a Midwesterner, you may not be familiar with the Charming and Delightful Ol’ Uncle Lar. Larry Lujack was a huge presence in Chicago radio from the late 60’s to the late 80’s; I worked with him at WLS in the 80’s.

Remembering Larry in interviews and casual conversations a year ago, I mentioned often how much he influenced me. And how frequently I use what I learned from him in my work as a speaker and coach.

It’s worth another look at those lessons and how they can help you have more impact when you talk about your work.

You can attend workshops and read books and hire coaches to turn you into a better story-teller. Story is all the rage in marketing; there’s even an advertising agency that calls itself Story … because, they say, interruption marketing is over and the way to reach your people is with your brand’s story.

Everyone who offers a service or product is supposed to have a story to go with it. And the assumption is that the rest of the world is dying to hear their story.

Here’s the thing – most stories are boring. Because they’re badly told.

Larry was a master of the story. Of course he had good material to work with; he spent hours searching for the right stuff to talk about. (And he had a little help from his friends in the newsroom …) But as importantly, he had a format to work with.

What makes a story boring? Lots of unnecessary detail – who said what when, and what came right before that, and what day it was when they said it, and who else was in the room at the time, and what they were wearing … and all the other blahblah that bogs us down.

A good story-teller strips out all the crap, leaving just enough salient detail to make the story juicy.

On the radio, the relentless pressure of the clock offers encouragement to make it snappy. And most stories are better when they’re pithier. Try it out for yourself.

Humor figured into most of Lujack’s stories; he was an entertainer after all. As a business speaker, you may well include an amusing anecdote or a funny tidbit from the news or a play on words that makes your audience giggle.

Generally, humor that works helps a speaker. Attempts at humor that fall flat can do more harm than good. It’s worth testing your material to make sure someone other than you thinks it’s funny.

Used to be, nobody on the radio ever shut up. It was constant yapping – kind of like the last networking meeting you went to.

Larry Lujack came along and changed everything. He’d be talking about some dim-bulb Hollywood celebrity or that lame memo from management … and then he’d stop. And wait a beat before he went on. And in that sliver of silence, he’d make his meaning clear as a bell.

They used to call that break in the blahblah “dead air.” Larry proved that the air was alive.

In business, most speakers miss the mark when they could create clarity and emphasis and interest with the occasional pause. Don’t be one of them. Whether you’re giving a formal presentation or having a casual conversation with a client, practice the pause.

The main thing about The End is that when Larry talked, there was one.

The guy was brilliant at going just long enough with a bit that it was funny or poignant or fascinating. And then he did what most people never do. He stopped talking.

On the radio, many a bit is ruined when the jock goes for one more giggle or guffaw … and the extra verbiage makes the whole thing fall flat.

People talking about their business have a similar tendency to keep yakking when they’ve already delivered the message. Then they trail off with something weak like “So ….” Or “’kay …”

Or they repeat everything they’ve already said, maybe in slightly different words or sometimes, mind-numbingly, in the exact same words. (When you hear yourself, or someone else, say “So, again …” Or “In other words …” that’s a big red flag for redundancy.)

My advice? Say it once. Say it well. And zip it. Let the end be the end. And just wait, quietly, for whatever happens next. You can pack a powerful punch … by putting a period on it.

So those are the Lujack Lessons you can use in your own conversations:

As always, I’d be delighted to hear how you’re putting these straightforward suggestions into action. Leave a comment below, will you, and fill me in.