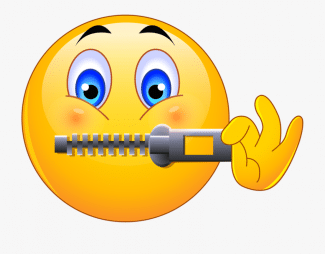 Anna D. Shapiro is the Artistic Director at Steppenwolf Theatre here in Chicago. She’s directed big hits on Broadway as well, she’s a Tony-award winner, and she’s a professor at Northwestern University. She is a very big deal in theatrical circles.

No, I’m not about to audition for a role in a play.

I’m telling you about Anna D. Shapiro because of the advice she offers to playwrights and actors and directors. And because I’m convinced it applies as well to those of us who write and act and direct on the stage of our own business and professional life.

Think about how this might play out in your work, whatever you do.

Shapiro was teaching a graduate class in directing, with a Chicago Tribune writer sitting in to write a profile of her. Listening to a student offer her classmate a hesitant critique, the director said …

“I don’t understand your comments – literally. You qualify what you are saying. Ladies, you hear me? Give your actor a note and then stop talking. Like your male classmates do! It makes it hard to understand what you value.

You don’t trust your first impulse, so your words turn to mush.”

Reading that, I thought about how often my own words have turned to mush because I didn’t stop talking. Instead, I qualified or clarified or repeated myself.

And I’ve heard over and over again how hard it is for many of my clients to say just what they need to say. And then put a period on it. They seem compelled to keep going, long after they’ve made their point.

Why do we yammer on like that? Shapiro is right – we don’t trust our first impulse, we’re not sure we’ve been clear, we don’t know if we really made our point.

And although she addressed her critique to “ladies,” over-talking is not only a problem for women, by any means. And it’s not limited to novices, either.

The Trib story quoted the very experienced (and very male) comedian Chris Rock, talking about the advice he took in when Anna D. Shapiro directed his Broadway debut in The Motherf**ker with a Hat.

“I use too many words,” Rock said. ”I add, add, add. It’s being insecure, from thinking people are not paying attention to me. Anna taught me this: If I hold back, I’m more powerful.”

So, I’m not a famous theater director. But I’m happy to say I’m on the same page with this famous director. My clients would tell you they’ve heard from me often, “Say it once, say it well and zip it.”

How have you used too many words and lost your power? And what happens when you say just what you mean … and stop talking?