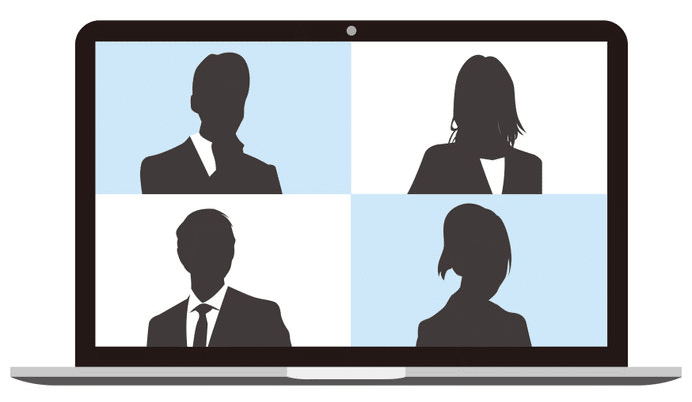 It’s easy for a few people to dominate a conversation, especially when that conversation is taking place on a virtual platform. A couple of meetings last week left me wondering how we can make the breakouts better – for everyone.

When we broke into Zoom groups at a networking meeting, mine included a bunch of men, all lawyers of one sort or another, who did a lot of talking amongst themselves. And four, maybe five women, who barely got a word in edgewise.

We had plenty of time for a conversation. It was just hard to find a way to join in, even for me, and you know I’m not exactly a shrinking violet.

But no. Days later, I was in a different meeting, a whole different group.

The speaker put us in breakout rooms for a five-minute discussion. The two guys started talking … and kept talking as the clock ticked. One woman managed to get in a quick comment before the boys grabbed the conversational ball back.

I finally jumped in and asked the three women who’d been silent what they had to add. There was a minute left for all three of them! The last one barely opened her mouth before [POOF] the breakout session evaporated, and we reappeared in the main meeting.

My heart sank when it was time for a second breakout … and the same people appeared on my screen.

What is up with these guys?

If you have five minutes for a conversation and seven or eight people in the group, isn’t it obvious that one person shouldn’t monopolize the mic while the clock ticks away? Do they not have any interest in hearing what anyone else has to say?

I’m going to guess my experience is sounding familiar to you. Tons of research shows how often men interrupt women, talk over them, or shut them out of conversations.  It even happens to powerful women like Supreme Court Justices, which prompted my thoughts a while back about how to handle it.

If men are used to monopolizing meetings in real life, it’s even easier to shut people out in these virtual breakout rooms.

Here are some ways to address it.

1. When you run a meeting, set clear expectations. Or be even firmer and call them ground rules.

Before sending participants off to their breakout rooms, tell them directly how much time they’ll have and suggest that they make sure everyone has a chance to participate.

2. Name a facilitator for each breakout group. Appoint someone to watch the clock and make sure everyone puts in their two-cents’ worth. Frame it as ensuring that we all get the benefit of everybody’s experience and expertise.

3. Be a Ghost Host. That’s what I was doing when I jumped into the middle of the man-chat and redirected the conversation toward the people being ignored. You might imagine it’s natural for me to step into a facilitator role, even if it’s a self-appointed one. Truth is, any of us can do that and many of us should.

I embraced the Ghost Host concept when I heard Susan Fignar speak about business etiquette at a lunch meeting twenty years ago. The conversation at each table would be more productive—and more enjoyable, she said, if someone at that table acted as the host, steering the conversation just enough that it included everyone.

4. If you’re comfortable jumping in, amplify the voices of women who aren’t. Open the door for a quiet person’s participation by asking her a question or inviting her comment. Reinforce her point if it seems to be ignored. And if she’s interrupted, steer the conversation back to her.

A word to the women who hold back. (And this goes for men too!)

It’s hard to blame people in the midst of a conversation for ignoring those black squares on the screen with a name in the lower left corner. That’s exactly what was going on with a few of the women who were being left out of my breakout session.

Visual cues are part of the interaction. As we speak—and listen—we’re watching each other smile, nod, or maybe even roll our eyes.🙄 One way I know you have something to say is by the look on your face, and that prompts me to toss the conversational ball your way.

If I don’t see the look on your face, I don’t know if you’re engaged, or even if you’re there. For all I know, you walked away and left your laptop while you grab a snack from the kitchen.

So, remember this, next time you’re in a virtual meeting:

If you don’t want to be overlooked, you must be willing to be seen.
Turn on your camera!

You’ve had plenty of experience with virtual meetings by now. And maybe you’ve discovered the secret to making sure those breakout conversations are well-balanced. Fill us in with a comment here.