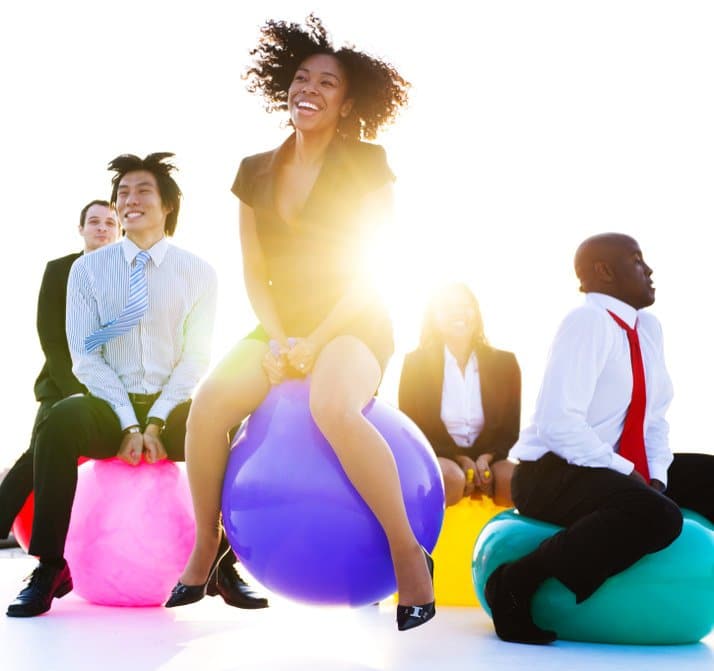 Where’s my effervescence? With you.

And you’ll find yours right here, with me.

At least that’s the theory of Collective Effervescence, developed more than a century ago and put to the test in the past year and a half.

Sociologist Émile Durkheim coined the term just before World War I broke out, describing the sense of energy and harmony people feel when they come together in a group with a shared purpose in mind.

Where might we find Collective Effervescence? Dancing at a friend’s wedding. Brainstorming with colleagues at an off-site retreat. Cheering alongside fellow fans at a baseball game. Marching in a demonstration with like-minded citizens. Singing in a community choir.

So, it’s not just any bubbles we’re looking for here. It’s the energy we find—and create—in the company of others.

That’s been hard to come by for the past year and a half or so. Can you really find joie de vivre on a Zoom screen?

Before the pandemic sent us home alone, research showed most of us had an experience of Collective Effervescence at least every week. It happened every day for about a third of us as we went about our regular lives interacting with neighbors and coworkers and our favorite barista.

Then we all canceled parties and conferences and church services, and pretty much stopped seeing people. We washed our hands, ordered our groceries, and hoarded home goods.

A fair number of us went out and bought guns. (About a fifth of new guns last year were sold to first-time buyers and firearm sales were brisker than they’ve been in 50 years.)

Where’s the effervescence in that?

Missing, that’s where it is.

We didn’t exactly spread sunshine all over the place during the pandemic. If anything was growing it was depression and anxiety—about four times as many adults reported symptoms last year, compared to the year before.

It’s not surprising, when you think of it. You’ve heard me say many times that emotional states are contagious—we pick up on other people’s moods from their faces and posture and tone of voice. And their mood affects our own.

Sadly, that contagion can be just like our grocery delivery: Touchless.

We don’t have to be physically with people to pick up their unhappiness and start feeling it ourselves. It can happen just like that in a text message. Or an exchange on Facebook.

And what about virtual meetings? There we are, staring at a screenful of grumpy faces, listening to flat voices, waiting for this to be over so we can log in to our next meeting. No wonder we feel Zoom-fatigue—and worse. We all pick up on each other being bummed out.

The negativity can easily sneak up on us. A Wharton professor told the New York Times, “What we have found is that people don’t realize it’s happening.”

What to do when we do realize it?

There are antidotes to negative emotional contagion. One is to choose our company wisely, although we don’t always have our pick of colleagues who show up on our Zoom screen or at a conference table.

Visualization helps when we have to be with someone who could bring us down. I imagine myself in a protective pink bubble that allows me to absorb some of what’s going on around me, while the nay-sayers’ commentary bounces right back where it came from.

I’ve also been known to change the subject firmly when they start on their pet peeve, the policy they don’t like, or that person who gets on their nerves. A little of that griping goes a long way.

And when I’m the one in a bad mood? I do my best to contain it. My misery may love company, but it’s not good for the company!

So, if I’m down in the dumps, I strive for a neutral face and tone of voice that don’t reflect my inner state. And no, I don’t always succeed. My friend and former business partner Karen Hand told me once she knew I had a knot in my stomach. Because she could see the knot in my face!

To that end, experts recommend filling your space with things that make you smile. Pictures of your children, partner, or pets. Plants. That funny birthday card your best friend sent last year.

They also suggest plenty of rest, exercise, and nutritious meals. A healthy body makes us less susceptible to all kinds of infection. And a smile, even one that’s not entirely sincere, can make us feel better. It might even influence other people to smile too.

That takes us back to collective effervescence …

Now that we’re out and about again, Grant says just being around people isn’t enough if we’re all doing our own thing.

He points out that when people pursue happiness individually, they may actually become lonelier. On the other hand, in cultures that look for happiness in connecting, caring, and contributing to others, people are more likely to experience well-being.

Life, liberty and the pursuit of happiness? Grant says they’re well and good. And, he’s for a Declaration of Interdependence.

Because, he says, “you can feel depressed and anxious alone, but it’s rare to laugh alone or love alone. Joy shared is joy sustained.”

Let’s get out and go for the bubbles, what do you say?