They used to be Called Unprintable … 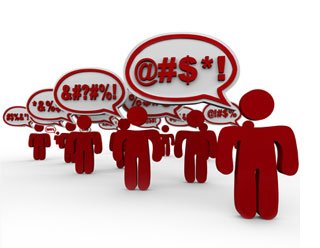 I believe I was in 7th Grade the first time someone scolded me for “language that would make a sailor blush.” It was my science teacher, Mrs. Hanson, and she was furious.

Many times since then it’s been suggested that I might want to clean up my mouth.

I’m telling you that to make sure you know: I’m not a prude. I’m not easily offended. And I’ve been known to let fly, myself, with words that might be represented like this:  #*&*$#+@

And. Apparently I have my limits. I’m wondering if you do, too.

Lately I’ve been reading a couple of newsletters from young women who seem to specialize in coarse, profane and prurient. 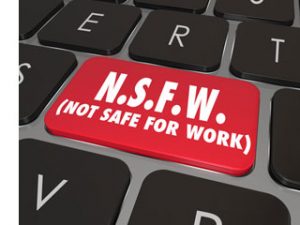 The thing is, they’re both wicked smart. And funny. And NSFW is definitely part of their brand.

I worried I might be turning into an old fuddy-duddy when I found myself thinking, “Sheesh – is all that swearing and vulgarity really necessary?”

If you’ve been with me for a while, you know that I occasionally emphasize a point with a “hell” or a “damn.”  But “occasionally” is the operative word there. And in a business context like my newsletter, I can’t imagine using language stronger than that.

As I’ve gotten to know these sassy young women, or at least gotten acquainted with their writing, I’ve considered that I might learn something from them. They’re hip, after all. And witty. And popular. Maybe I need to loosen up?

And I’ve decided not to.

Because it just wouldn’t be me.

I can see my friends rolling their eyes now. Because if you’ve been with me in person, you know that I don’t hold back. Salty language is definitely part of my style.

That would be the red light that says: On Air. 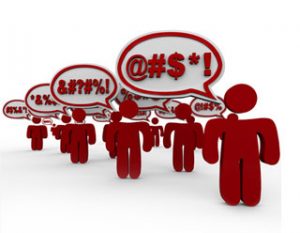 When the microphone went on, the mouths were magically sanitized. There was stuff we just didn’t say on the air. Ever.

Fast-forward by a bunch of years. A lot has changed. The language George Carlin famously used in “7 Words You Can’t Say on TV” shows up all the time on cable, and some of it in broadcast shows too.

Me? I’m no longer on the radio, but I seem to have brought those old broadcast standards with me to speaking and writing.

So I’ve pondered these outspoken young women with their off-color words. And considered that I might have to follow suit to stay current. They are the wave of the future, aren’t they?

For now, I’m comfortable with a business vocabulary that IS safe for work, fit for a family newspaper, consistent with a mouth that kisses mother.

What do you say? When it comes to your professional self – do you keep it clean? Or let it fly?

And how do you respond to speakers, writers and other professionals who push the limits? Or are there any limits in 2016?