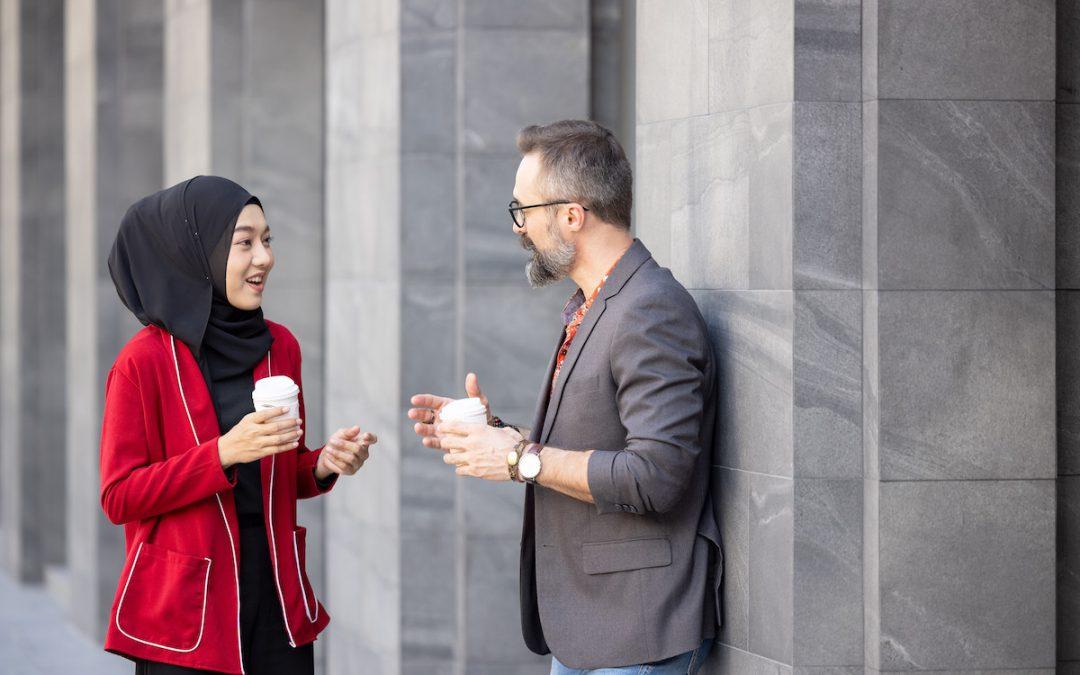 There’s no doubt your voice has power. The question is whether you’re using that power. More and more, it seems, many of us aren’t.

A text is so easy, or an email. And often, in our haste to get a message across, we go for the quick and easy instead of a conversation that might take time and energy.

And yet, we can make so much more impact when we talk to someone.

A friend told me the other day about a young woman she’d mentored. “One thing that impressed me is she left a voice message within LinkedIn. A genuine sentiment heard in the way she shared the experience.”

I often respond to LinkedIn connection requests with a voice message. It’s common for people to write back and say that made an impact on them.

Not that what I said was any big deal. They’re responding to the fact that they heard me say it, rather than reading a returned message. I might have written the same words; somehow they mean more when I say them.

Some of those new LinkedIn connections are surprised that voice messages are possible on the platform, and many vow to start using that feature themselves.

Voices are expressive in a way even well-written text just can’t match.

Spoken words convey nuance, shades of meaning, and emphasis. In some languages, tonality dictates meaning. Even in English though, our tone of voice gets a message across. It can amplify our words or even negate our words when we’re being sarcastic.

We try to match that richness in writing by using italics, bold, and ALL-CAPS. They help a little bit, but they don’t quite do the job.

Sometimes we amplify our effort to convey meaning with emoji. They do give us a wider range that just underlining a phrase, but they still fall short.

I use the winking emoji 😉 most often. I’m hoping to signal that the preceding phrase was intended to be sardonic, ironic, or just plain sassy.

Does it do the job? Maybe. On the other hand, when you listen to what I said instead of reading what I wrote, you have no doubt about my intended meaning. The spoken word makes that intention clear and conveys shades of meaning that might be missed in reading text.

You always have the option of listening to my weekly message. The people who take me up on the offer to “listen here” seem to feel a different sort of connection to the material or to me.

Even a famous writer touts talk.

Bob Woodward put out a new book this year that you may eventually be able to read. For now, you can only listen to The Trump Tapes: Bob Woodward’s Twenty Interviews with President Donald Trump.

Why an audio-only book? Woodward explains: “I decided to take this unusual step of releasing these recordings after relistening in full to all 20 interviews. As I listened to them again I was stunned by their relevance to understanding Trump. Hearing Trump speak is a completely different experience to reading the transcripts or listening to snatches of interviews on television or the internet.”

The truth is, hearing any of us speak is a completely different experience to reading a transcript. And, I guess there are degrees of difference. As Woodward told The Poynter Report, “I was struck by how Trump pounded in my ears in a way the printed page cannot capture.”

I’m not advocating pounding, by any means. And I’m guessing your voice wouldn’t be described that way; I’m sure mine wouldn’t. Still, I’d argue that the printed page cannot fully capture our voices either.

It is true that some voices are easier to listen to than others.

Whether through anatomy or injury or plain old habit, some voices are more euphonic or melodious than average. Some are nasal, as if the sound is being produced in one’s head, without the resonance that comes from a deeper place. Some are raspy or gravelly.

You might know someone who’s often hard to hear—their voice is soft or wispy. Or you’ll hear some women use a voice that’s so high-pitched it sounds like a child’s.

All those voices, along with the ones that don’t stand out as much, have the ability to enrich and enliven the words being said. It’s a shame that so many of us don’t fully use that ability.

And of course, I coach professionals who could be playing a much bigger game if they really used the power of their voice. Unleashing that power is what drives me.

I’m not alone in my passion for voices.

My friend Whit sent an urgent, if brief, message. “Cat, you have to get this book.” It’s another one released only in audio form. Inside Voice: My Obsession with How We Sound, by the actress Lake Bell.

I haven’t “read” it yet, and that points to one more reason talking has so much impact.

Listening takes time. And it happens in real time.

You might be tempted to multi-task with the TV on as you hold a book in your hands. The truth is, our attention isn’t split between them. It alternates between what we’re seeing on the printed page and what we’re hearing. Still, we can fool ourselves into thinking we’re reading that book.

I often scan articles, zipping through them quickly. I’m a busy woman, I have lots to do, and I’ve gotten the gist of this piece, that’s enough. There’s no such temporal economy with listening. I can only listen as fast as you talk.

One good reason to choose a conversation instead of a text exchange is that it gives us time to engage fully.

In the midst of all the busy-ness that is the holiday season, I hope you’ll take time to use your voice (and your ears too!). Let me know how that works out.