Power Poses: Have we been had? 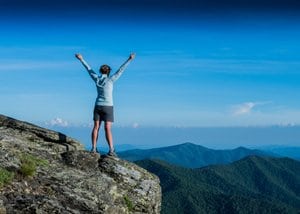 You probably know I’m a big fan of the Power Poses. The notion that taking up more space makes us look and feel more powerful has taken root, and not just in my own coaching and writing.

Many speakers, authors, even TV scriptwriters have incorporated Power Poses since social psychologists Amy Cuddy and Dana Carney did their study. And concluded that open, expansive postures actually change your body chemistry to increase confidence and dominance and decrease stress.

You may also be familiar with the backlash that became a tidal wave of skepticism, criticism and vitriol directed at Cuddy in particular.

It began with a few skeptics looking at social psychology research and questioning some results. That led to an uproar in the field as new researchers tried to replicate important studies, often coming to very different conclusions. And that led to name-calling, defensiveness, and in some cases real nastiness.

Amy Cuddy’s was one of those cases.

One blogger seemed to make it his mission to trash her, turning Cuddy into the poster child for bad science and inviting his followers to pile on. He wrote about her often, but Andrew Gelman never spoke with Cuddy about any of it. Because, he told The New York Times Magazine, “I don’t like interpersonal conflict.”

Maybe not. But he seemed fine with conflict confined to a page on the web.

And he wasn’t alone. At IRL conferences and online a big divide opened up between established social psychologists whose findings were being questioned and those who accused them of junk science, carelessness and outright deception.

Eventually, just last year, Cuddy’s own research partner renounced the findings of their study. She agreed with the psychologists who replicated the Power Pose studies and came to a different conclusion.

There is no proof that Power Poses have an impact on hormones. Testosterone doesn’t go up and cortisol doesn’t drop because you spend two minutes standing like Wonder Woman.

After months of being trashed in blogs and social media posts, Cuddy herself acknowledges that new research shows no hormonal effects. And she says she trusts those results.

She also points to another result. The replication studies did find that people feel more powerful in those open, expansive postures.  Her own analysis showed power-posing had “a robust effect on self-evaluations, emotions and moods.”

That’s why I still suggest that my clients cultivate confidence and command of a room by grounding themselves, breathing, and taking up space.

I know from my own experience, and theirs, that when we hunch and fold in on ourselves, bow our heads and make ourselves small, it changes the way we feel. It can also dramatically shift the way we’re perceived.

That perception may well be part of the Power Pose impact. If someone sees us as confident and comfortable in our own skin, they’re likely to respond differently than if we come across as weak or diffident or frightened.

And because communication is constant, our perception of their perception creates a dynamic between us.

The more we shrink, the more people see us as hiding or weak and, as they treat us accordingly, the less significant we feel.

When we take up more space, people are more likely to assume we’re confident (and competent, for that matter). The cues we get from them reinforce our feeling of strength.

I invite you to experiment for yourself, and no, you don’t need test tubes to do it.

Contract your body, lower your head. If you’re sitting, take your feet off the floor – wrap your legs around each other or your chair. Stay small like that for a bit and see how you feel.

Then plant yourself firmly, straighten your spine. Open your chest and hold your head high. It feels very different, doesn’t it? You’ll also sound different—the voice is richer and fuller, more resonant, in this expanded posture.

Then post a comment. How did you experience these different ways of holding yourself? Is there “a robust effect on your mood?” And am I right in suggesting that the response from others plays a role?