Reopening And Rage — What To Do Now? 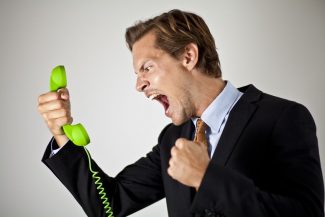 You’ve seen the stories I’m sure.

Customers at a just-reopened Cape Cod ice cream parlor erupt when their sundaes aren’t ready for pick-up. They spew such abuse at the teenage cashier, she quits at the end of her shift.

The owner says, “People have forgotten how to treat other human beings in the six or seven weeks that they’ve been confined to their homes.”

Mother’s Day brunch deliveries run late at a Chicago restaurant. A guy who must be desperate for bread pudding French toast sets off a neighborhood social media firestorm with his angry posts that the restaurant is running a scam.

And that evokes equal anger from people passionate about this neighborhood gem, along with some pleas for patience and grace as everyone finds their way back from the shutdown.

We’ve even seen store employees shot for their efforts to enforce pandemic protocols in their establishments.

Patience and grace seem to be in short supply, don’t they?

Things are going to seem weird for a while. Businesses that open at all may have reduced hours. Reduced menus or inventories. And, of course, reduced staff.

Any one of those is a recipe for friction with some customers. Pile them all together and it’s no wonder we’re seeing some explosive situations.

Better communication is the solution to a lot of these problems

Customer service expert Laurie Guest says businesses need to determine their boundaries before they reopen or expand what have been limited offerings.

That boundary-setting is a three-step process.

She also suggests, where appropriate, using a touch of humor. Why? “Creativity plus humor equals connection.” You can head off a lot of problems by making that emotional connection with a client or customer.

And then there are times when the best of level-setting doesn’t do the trick, and the customer goes ballistic. Now what?

In workshops on Dealing with the Angry Customer, Laurie points out that “anger and fear are cousin emotions. And people don’t want to show fear. So they show anger instead.”

The direction for front line employees is, “when somebody’s acting angry, first ask yourself, what are they afraid of?”

Makes sense, doesn’t it? That reframe shifts your own mindset so instead of reacting to their anger with rage of your own, you have an impulse to step back, figure out what’s wrong, even comfort them. Your softer response can de-escalate a situation.

And right now, Laurie points out, there’s a lot of fear. “People are scared about their livelihood; they’re scared about will we ever go back to the norm?”

What can business owners do to make things better for their employees? Equip them to deal. Laurie says even before the pandemic, companies often failed to equip front line workers with customer service and communication training.

Yes, new employees learn the ins and outs of the job; they also need to learn how to handle the difficult people.

“Good customer service,” Laurie says, will often head off problems. “The smile, the appropriate greeting, the engagement with the customer is the best armor against them being mad at you.”

One more thing for business owners. Praise goes a long way. You may not be able to offer hazardous duty pay, but at the very least, Laurie suggests thanking everyone who’s working with you, letting them know how much they’re contributing and what that means to you.

You can pick up Laurie’s videos for quick study on Resetting Service After Disruption, The Right Words to Connect with Customers, and Attitude Restarts.

When you’re about to snap at the grocery store cashier or your dentist’s receptionist, take a breath.

Seriously. Just breathe for a moment, deeply and fully. Ground yourself. And breathe.

Ponder what Laurie said about fear and anger.

You’re furious that your pizza arrived without the mushrooms you explicitly ordered. It’s an outrage the grocery store’s out of paper towels. The restaurant told you to pick up your dinner at 6:00 and it’s already 6:15. Harumph.

Okay, maybe you’re angry. What are you afraid of? Can you sit with that for a little while?

It’s fair to have feelings, whatever they are. I’m not dismissing the agita as “first world problems,” and I’m not telling you to squelch the emotion. Just to look at it. Feel it. Try to see it for what it really is. Then you can start to deal with it.

Step into their map of the world.

Can you put yourself in the place of that cashier, receptionist, or server?

See if you can look at the situation from their perspective. It might be challenging. And, it’s remarkable what a difference that can make.

And I don’t mean hissy-fit-on-Facebook kind of action. I mean if your brunch delivery went awry, pull out some eggs and start cooking. If the wait is too long at the Mexican restaurant, call that Italian place down the street. If the line to get into the grocery store is a block long, come back tomorrow.

It always feels better to do something than to stew over the situation.

It seems likely we’re going to face more service interruptions, late deliveries and empty shelves before all this is over. We all need to buckle up, don’t you think, and make a plan for living our lives when so much is uncertain.

I’m curious about your plan.