Soft Sexism: How Should You Respond? 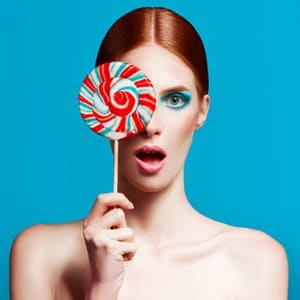 You heard about this Capitol Hill kerfuffle, right? Congressman Mark Walker was talking about his Republican Study Group, whose goal is “preserving traditional values.”

“The accomplished men and women of the RSC. And women. If it wasn’t sexist, I would say the RSC eye candy, but we’ll leave that out of the record, are not attention-seekers.”

Walker may not have been seeking attention, but he got plenty.

Ticked-off Tweeters were not mollified when he said, “I made a flippant remark meant to be light hearted but fell short. I’m proud of the women who serve in our RSC leadership.”

Then, the predictable backlash. Why do those women take every little comment so seriously? Can’t they take a joke? Sheesh, you can’t even give ‘em a compliment anymore.

Me? I’m inclined to brush off “flippant remarks” like Warner’s. “Eye candy?” Okay, it’s dismissive and disrespectful, but God knows I’ve been called worse. Do we have to make this such a big deal?

Women at work are not there to be decorative. (Can you believe we even need to say this in 2017?) It’s not their job to be pretty and pleasing for their male colleagues.

In any work environment, women, like men, ought to be hired, promoted and valued for their ideas and skills and talents. Their ability to do the work. And their contribution to the organization.

When it comes to these particular women, there’s another issue.

They call it the House of Representatives, after all. Who’s representing the fifty percent of Americans who are female? Look at the Republicans in the House—only eight percent of them are women.

Does it matter that a Congressional leader focuses on that 8%’s physical appearance instead of their intelligence, abilities and political positions? I think it does. It diminishes the congresswomen’s impact, keeps them from being taken seriously, and it sets a terrible example.

(Not that Mark Walker is alone in Washington in terms of bad-example-setting. But still.)

Any woman working in a mostly male field runs into sexist comments now and again. Women in public life—say, seeking or holding an elected office—often get an extra dose of it. Colleagues can be bad enough; then the public piles on.

And then there’s patronizing commentary that masquerades as complimentary. “Eye candy” is a perfect example. It’s not as overtly insulting, but it still has an impact on how we work together. It sets up this world where men are men, by God, and women are delicate flowers.

What’s a woman to do in response to this “benevolent sexism?” Some suggestions gleaned from a project at the Center for Cross-Cultural Research at Western Washington University:

Oh, and what’s a man to do? Stop talking about your female colleagues’ appearance—that would be a good start.

And by the way, women sometimes promote this soft sexism too. It happens when we expect some kind of protection for ourselves or another woman. Or assert that we have specials skills or gifts by virtue of gender. “Women are so much better at communicating …”

Might be time to reexamine some of our own assumptions.

You have a story about how you handled benevolent sexism? Share it in the comments below.