What You Can Learn From the Squatty Potty Guy 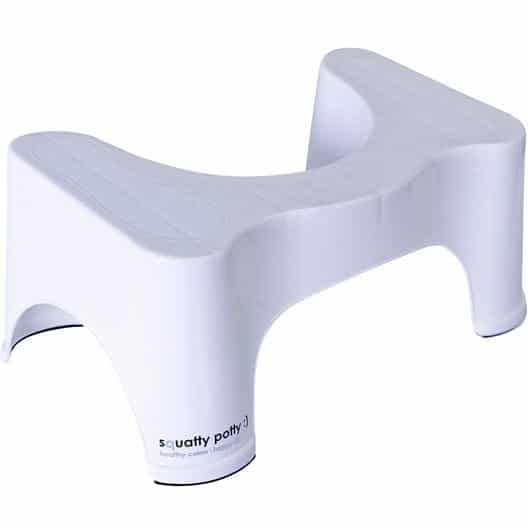 You can learn a lot watching Shark Tank. I’d never heard of Squatty Potty before last week’s show, although the company seems to have quite a following and a lot of internet sales.

The Squatty Potty is a stool that sits in front of your toilet; when you put your feet up on it, it changes your body position so you’re kind of squatting. Which is supposed to be much better for you, for reasons we don’t need to go into here.

Like the Sharks themselves I started out snickering at this silly-sounding product. But we … squatty-potty-guy … pretty quickly grew impressed with the success the Edwards family already had with it. Astronomical online sales and they haven’t even tapped into retail yet.

Here’s the thing. As impressive as their numbers were. As logical as their explanation was about why people really NEED this thing. As much as I liked the idea of a mother-and-son pitch team. There was something off about their presentation.

And Barbara Corcoran put her finger on it when she told Robert Edwards, “There’s something about you that I’m not believing. I trust your mom. But you’re hopping and weaving … and it’s making me more nervous as I listen. I’m definitely out.”

You’ve seen a speaker like that, right? – shuffling, shifting their weight from one side to the other, rocking back and forth so they nearly make you seasick.

Barbara Corcoran is right; a speaker with ants in his pants does NOT inspire confidence. Because we look at all that nervous, restless movement and conclude that the person is uneasy. Or confused. Or not confident about what they’re saying.

And often – as was the case in the Squatty Potty pitch – that unnecessary physical movement accompanies content that seems to shuffle and shift too. And Corcoran’s reaction was pretty typical … it made her nervous as she listened.

You rarely want your audience to feel nervous and ill-at-ease.

The solution? When you’re speaking, ground yourself. Sense you feet on the floor. And stay put!

Of course your feet aren’t nailed to the floor. You’re going to move during a presentation. And you SHOULD move; monospace is as boring as a monotone. But you want to move WITH purpose and ON purpose.

And when you get to the right spot, stay there for a beat rather than instantly stepping somewhere else.

My clients learn the three P’s: Plant … Pause … Present. Get where you want to be. Plant yourself. Pause for a second or two (or more). THEN begin speaking again.

Your listeners will take in your message in a completely different way when you’re grounded like that. You’ll sound – and look – more credible, more confident, and more competent.

And that pays off whether you’re pitching for a big investment on network television or introducing yourself at a neighborhood networking group.

About the Squatty Potty. If you’re a QVC watcher, you’ll be seeing it there soon. The Edwardses lost a few of the sharks, but Lori Greiner made them an offer.