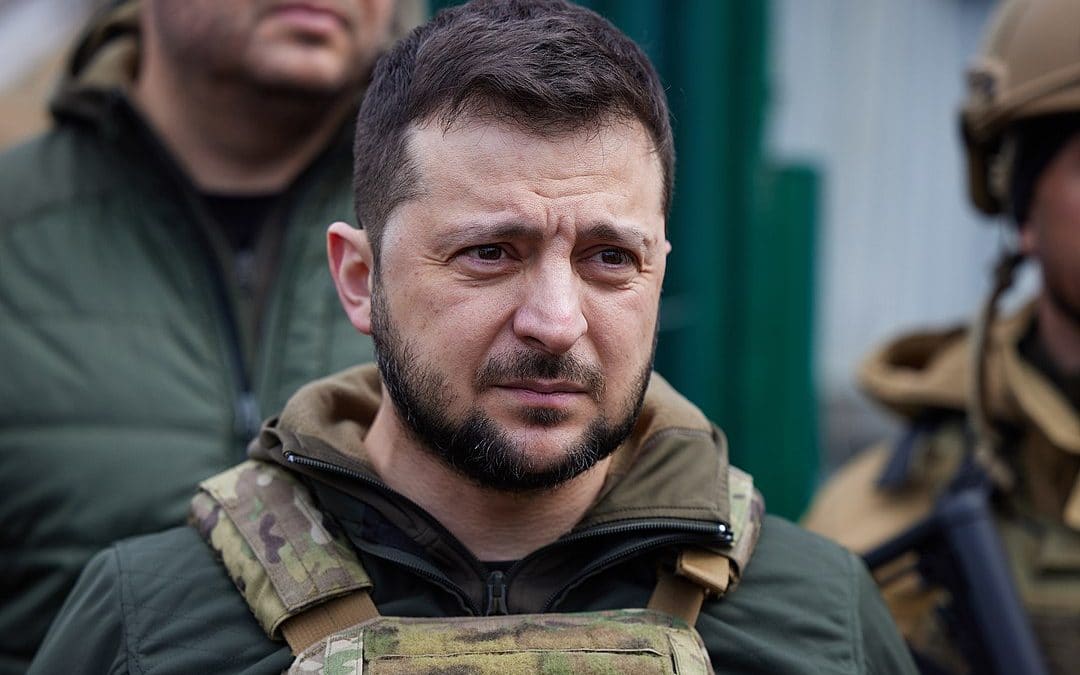 Here’s how you know I’m always thinking about you. I was listening to a political podcast and it got me thinking beyond politics to you and your professional life.

I’m a big fan of David Axelrod’s The Axe Files. Axelrod was a Chicago Tribune reporter years ago, went on to be President Obama’s senior advisor, and wound up at the University of Chicago’s Institute of Politics.

His interview with former Senator Al Franken got my wheels turning, as the conversation focused on Ukrainian President Volodymyr Zelensky, who’s inspired not only Ukrainians but much of the western world.

Like Franken himself, Zelensky’s path to politics started in the world of comedy. You likely know he played a high school teacher who improbably became president on a TV show, Servant of the People.

From there Zelensky ran for president in real life, with a campaign comprised mostly of stand-up gigs and YouTube videos. He’s emerged as a world leader since Russia invaded Ukraine and instead of fleeing to safety, he stayed in Ukraine to lead the fight.

As Axelrod pointed out, there’s a remarkable story there. “Zelensky went from playing a president in a sitcom and now becomes president. And now he’s Churchill!”

That transition from performing to politics doesn’t seem far-fetched to Al Franken.

“When you are a performer, you pick up certain skills,” Franken explained.

“And when you’re a performer you learn. You learn how to present stuff. And you learn how to do it more powerfully, or certainly if you’re a comedian, to be funny. But to be more effective. And Zelensky is a great communicator.”

You don’t have to be a comedian to appreciate Zelensky’s expertise when it comes to speaking and leading.

Axelrod mentioned former Ambassador to Russia Mike McFaul, saying his stories about Zelensky “spoke to a very keen sense of timing and communication and the moment.” You can see it in Zelensky’s speeches too, Axelrod said. “And he throws out good lines.”

So, does a person have to be a “performer” to do well in politics? We can certainly find similar stories in American campaigns…

Public officials who succeeded mainly because they were so good at connecting with their supporters and driving their message home.

Candidates who shifted from movies or TV shows into politics and did as well stirring their new audiences as they had with the ones who ate up “Hellcats of the Navy, “The Terminator,” or “The Apprentice.”

U.S. campaign history is also littered with the failures of candidates who missed the mark, who never quite caught on with voters, and went off to join think tanks or launch institutes instead of moving into the White House.

I’d argue the current crop of Democratic leaders are struggling partly because they all seem to be missing that “very keen sense of timing and communication and the moment.”

Every now and again somebody lights up the political landscape. Not long ago, a state representative in Michigan went viral speaking out against the effort to tarnish Democrats as “groomers.” She got all that attention partly because she stood out from the many in her party who are refusing to engage on that issue. And who are just plain unengaging.

You may already be forming the counter-argument. Voters should be more concerned with policies and procedures and the future of our great nation, you say, instead of getting caught up in style over substance.

Maybe. And, that’s not the way human beings operate. Substance is important, of course. And that substance is often enhanced, diminished, or hidden altogether by style.

So what does all this have to do with you?

I’m going to say the same principles apply whether you’re speaking in a meeting at the office, jumping on a conference call, or talking at a networking meeting in hopes of growing your business.

It’s true. TV crews don’t show up in those places and pundits don’t hang on our every word.

Still, what we say in any of those ordinary professional settings is important.

How we say it often carries even more weight. And has more influence on how willing people are to listen to us, believe in us, and do business with us.

You may know that I think most business speakers are better off thinking about having a conversation with their audience rather than putting on a performance.

Most of us can best connect with the all-hands meeting, association, or networking group when we speak naturally rather than theatrically. The people most of us are speaking to in a business context reject phoniness; they’re way more attracted to someone who feels real than to someone who’s overly-polished and clearly putting on a show.

Still, we’d all do well to develop a “keen sense of timing and communication and the moment.” And throwing out good lines wouldn’t hurt either, would it?

Some of us could use some help with that. If you’re one of them, a little communication with me is in order. Seriously, consider how different your business or career might be if you developed speaking skills to match your expertise.