Take This Job And … 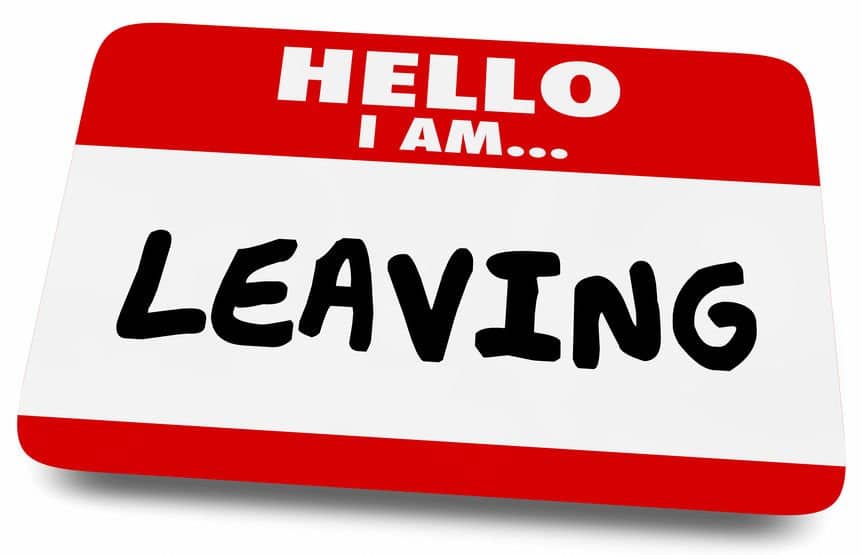 All this talk about going back to the office. What if you don’t want to go back?

As companies grapple with how and when to bring people back to their desks, a startling percentage of us are saying, “Mmm … maybe not.”

“The great resignation is coming.”

So says Texas A&M’s Anthony Klotz. He points to pent-up demand for change. People who might have made a move over the past year or so instead decided to stay put through the pandemic. Now’s their chance to change things up.

On top of that, the COVID era got a lot of people thinking about family time, the meaning of work, even the meaning of life. Maybe they were pretty well satisfied with their work two or three years ago, but now? Not so much. And it shows in the statistics.

Retail workers were most likely to call it a day, according to the bureau, with those in professional and business services right behind them in walking out the door.

Many of those people are looking for new jobs in different fields, and yes, they’re finding them. Employers complain it’s tough to fill positions now, especially the ones with lower pay and less desirable hours.

Experts are pointing to a real shift in the bargaining power of labor as workers re-evaluate what they expect from their employers.

Maybe we shouldn’t be surprised.

Author and workplace expert Joanne Lipman says this desire for something new has a lot to do with the way we think of work.

“The modern office was created after World War II, on a military model—strict hierarchies, created by men for men, with an assumption that there is a wife to handle duties at home.”

But now, she says, “there’s a growing realization that the model is broken.” That was true even before we closed all the offices and headed home, Lipman says, and it’s even more true now.

First of all, the idea of the little woman tending to hearth and home while her man brought home the bacon was, well, flawed to begin with. It’s wildly out of sync with most people’s lived experience now.

Families of all sorts have struggled through the pandemic with kids in online classes and adults working from home or giving up their work altogether to spend time supervising their kids.

4.2 million women dropped out of the labor force—and nearly half of them haven’t returned.

In terms of work force participation, women’s progress has been set back by 30 years or more.

So, the stage is set for “the great resignation” as millions of us decide it’s impossible to go back to the way things were in, say, 2019. And we’re not sure we want to, anyway – things weren’t all that great, were they?

What are all these disenchanted workers looking for?

Hybrid schedules, for one thing. It remains to be seen how companies will grapple with some-people-in-the office and some-people-out and keeping all of them communicating.

Technology may provide part of the answer, allowing remote workers to join in the conversation at an office conference table in a way that beats that old starfish-shaped phone sitting in the middle of the table. The one that everybody ignored most of the time.

It’s clear that less time in the office is high on a lot of wish lists. Four-day weeks seem to be working out well at some companies and more are thinking about giving it a try.

People are also hoping to spend less time commuting. Lipman says some organizations are responding by setting up satellite offices where colleagues can work together without schlepping all the way to the corporate campus.

Parenting-while-working is a huge issue, of course; there’s increasing pressure on companies to respond to that if they want everyone back in the office and fully engaged. And if they want to hire people, especially women, who have a lot to offer if this one problem is solved.

Some big firms are subsidizing employees who pay for childcare or eldercare. And there’s a push for others to take some of that empty space where nobody’s sitting right now…and turn it into a childcare facility right there in the office.

You may have noticed your own emotional ups and downs over this past year or so. In a perfect world, or even an okay one, employers would be responding to that. Indeed, many of them are enhancing coverage for mental health care. And some are offering “recharge days” to give their workers a chance to decompress.

Some people are saying good-bye to the whole idea of a J-O-B.

They’re launching their own businesses instead of going back to working for somebody else.

New business applications increased by 24 percent in 2020. That’s the biggest surge in history and they’re still at a much higher level than they were, pre-pandemic.

People who’ve dreamed of starting an enterprise of their own are saying, “If not now, when?” This seems like a perfect time to go for it.

As a woman who’s been running her own business for years now, I’d suggest there are pitfalls to consider before taking the leap. There are also rewards, though. Lots of them, in fact. It fascinates me that so many former employees are taking advantage of this opportunity to launch something new.

And what about you? Sticking with the same employer? Striking out on your own? Taking the summer off to reconsider all the options? Fill us in with a comment here.