The Map, the Territory, and You 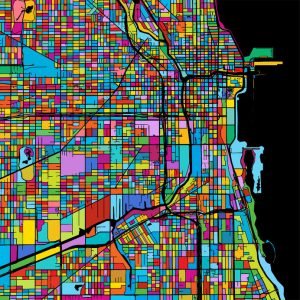 Sometimes you feel misunderstood, don’t you?

You base your opinion on an obvious fact, and they just don’t get it. So you might double down on what you said. Insist on explaining what you mean. Offer evidence to back up your position, the more detail, the better, right? Because then they’ll see that you’re right.

Maybe there’s another way think about those communication snafus that come up so often on social media, in emails and in real, live, face-to-face conversations.

We wind up talking past each other because we’re not working from the same map.

Presidential counselor Rudy Giuliani set off a firestorm of criticism, mockery and memes when he told a TV interviewer, “Truth isn’t truth.”

Giuliani may have just been sputtering a defense of the president. But in the process, he tapped into, well, truth.

The map is not the territory. They call that the first principle of General Semantics, stated by Alfred Korzybski in 1931, and widely ignored ever since then.

That wouldn’t be a problem except for two things.

We forget that we’re operating from our own map, and not from objective reality. And we fail to take into account that everyone else has their own map.

We expect them to see it our way. But how can they? If I gave you my map of Chicago you’d have a hard time using it to find your way around Milwaukee, San Diego, or Sapulpa.

Even here in Chicago, my map won’t give me the experience of strolling through Millennium Park or cruising Lake Shore Drive or scrambling to get to O’Hare on time. It can point me in the direction of those experiences—but the map is just a representation, it’s not the reality.

Your mind instantly makes pictures. Emotions, opinions, beliefs quickly appear. It’s not hard to guess that someone else would be having a different experience sparked by those very same words.

The same thing goes on even when the subject is not controversial at all.

• Roses make you think of romantic bouquets. The smell of roses means death to someone else. My father grew roses; I remember him coming home from work on a summer day, fixing a cocktail, and sipping it as he walked around the backyard reveling in every new bloom.

• Home is where the heart is. Or is it a battleground? You lost yours in a foreclosure.

• Water. You remember that vacation at the lake and smile. He’s furious about Flint. She knows she should drink more, but then there are so many things she should do and why are people always telling her what to put in her mouth and when? It’s so irritating.

You see how even the simplest subject can take a person’s mind in a million different directions—and evoke emotions to match. Every one of us has a different experience of roses, home, water…and everything else.

So when we talk about complex social issues, it’s no wonder we don’t see eye-to-eye

You have one map. I have a completely different map. And neither one of them is the territory. If we could keep that in mind, our conversations would be very different…and much more productive.

This points to a path toward more meaningful communication and better relationships. What if I could step into your map of the world?

We’ll never have exactly the same perspective. But even making the effort to see things from the other’s point of view can loosen up entrenched opinions and allow for an exchange.

How to remember that neither one of us has a lock on reality?

Imagine yourself at a four-star restaurant. You’ve wanted to come here for a long, long time. Now’s your chance to splurge and you’re going to make the most of it. You read the menu…elaborate, explicit descriptions of each entrée. You can see them in your mind’s eye as you ponder which one to choose. You can almost feel each bite in your mouth, the flavors explode on your tongue.

But you can’t eat the menu.