Time To Stop The Crazy Cycle? 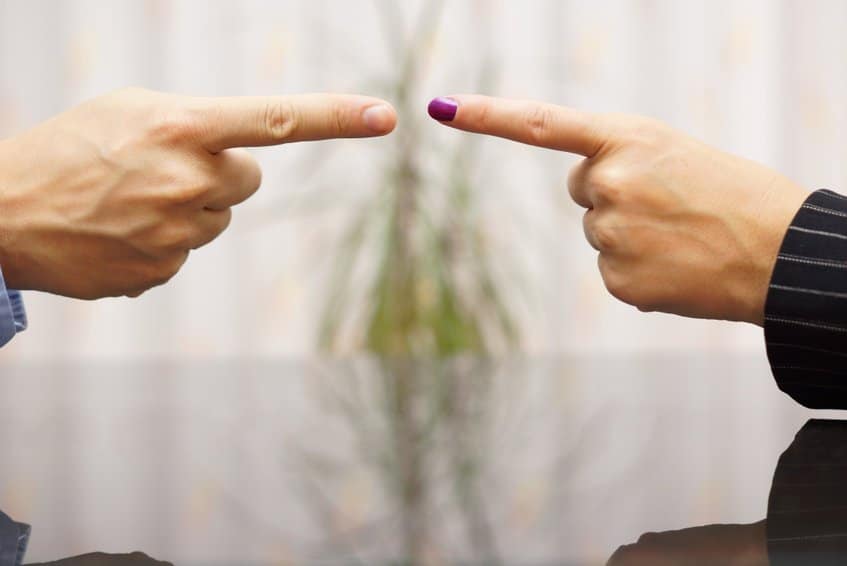 You know I’ve been concerned lately about free-floating vitriol around us.

You probably feel it too. It’s hard not to be discouraged about the way we’re communicating these days.

This Inc. article about leadership and changing conversations caught my eye with its suggestion that we can “freeze the crazy cycle.”

Freeze the crazy cycle? Boy, could we ever use that.

That can happen at home, of course. Or at work. Or at a city council meeting. We see the combat all over our TV screens every time we turn on the news. And it doesn’t seem to be getting any better.

So, this idea of putting it on pause is appealing. And challenging. Here’s the proposal.

This is the Ten Second Rule.

“In any conversation during which the temperature has started to rise, wait 10 seconds before you respond. That’s it. Just stop. Don’t respond immediately. Instead, wait and give yourself a moment to be intentional in your response, instead of emotional.”

Oh boy. When we’re feeling emotional, it’s hard to hold back, isn’t it? And the more emotional we are, the harder it gets.

That’s how we wind up watching people scream at each other on the news. (At least I hope you’re seeing it all on the news, and not getting caught up in the conflict yourself.)

If we just pause for ten seconds before we respond to provocation, Aten says we freeze the crazy cycle in place. Then we can breathe! And respond differently from what we might have said or done without that break.

You might be nervous about saying nothing. Doesn’t that just invite the other person to keep it up?

The theory is, if we take those ten seconds to step back, the other person is likely to snap out of the cycle too. It kind of takes the wind out of their sails, slows things down.

That’s partly because it comes as a surprise. You know how it is when a conversation is escalating. We tend to get louder. And angrier. And talk over each other.

When we just stop spewing instead, it changes the whole dynamic. Everyone has time to collect their thoughts and come up with a different way to respond.

I was skeptical. But …

Reading this Inc. article, I thought it sounds fine, this ten-second pause. But how do you hold back in the heat of the moment? And, supposing I do stop talking for ten seconds. That’ll just let the other person gas on, right? I’ll never get the conversational ball back.

Then I remembered my radio days. When I was a talk show host, I actually used this strategy every now and again.

Some caller would be blathering on, colorfully insulting some other caller. Or putting down a public official who’d done something they found objectionable. Or excoriating me.

That could lead into an interesting, even entertaining dialogue. Or it could just be offensive. When it crossed that line, I sometimes said … nothing.

The person might try again to get a rise out of me. Before long they’d realize they were punching the air, and they’d start saying, “Hello? Are you still there? Hello? Catherine? Hello?”

Eventually, they’d kind of stammer and snort and sound less than scintillating as they trailed off and gave up.

A talk show isn’t a business conversation, of course. It’s all about the show rather than reaching a compromise or accommodation. That conversational judo could be very entertaining.

The Inc. piece is promoting the Ten Second Rule as a way to regroup and refocus on the people rather than the topic, to work with your team. Not as a tool to amuse radio listeners.

Still, my own experience makes me think it can work as promised. Taking ten seconds can disarm the other person, break the cycle, and give them a moment to reflect too. Then you both have a chance at a conversation.

I’m going to give it a try.

You won’t find me at a protest. I stay away from political arguments as much as possible. And I rarely find myself in a heated conversation at home. The opportunity’s bound to come up, though, to try out the Ten Second Rule and see what happens.

Plenty of people do more verbal sparring than I do. I’m not at all sure how to interest them in this experiment. Maybe you have an idea?