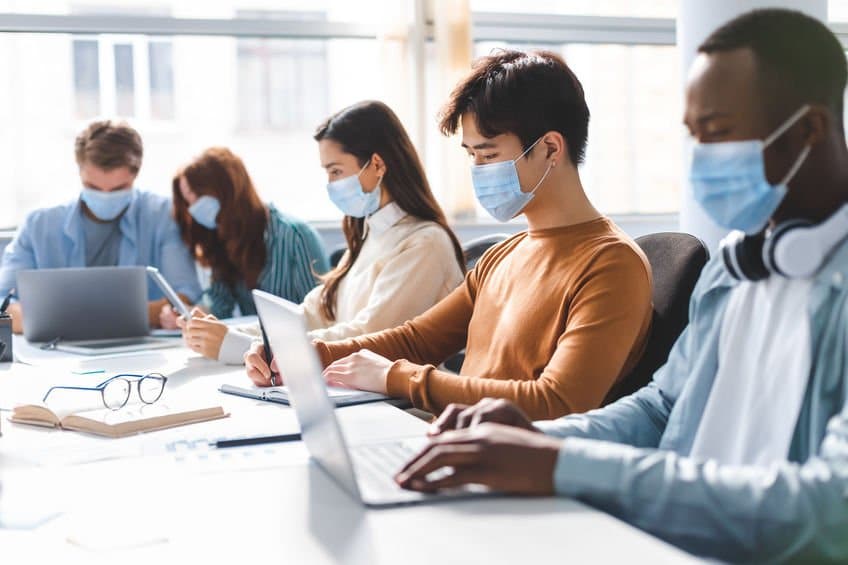 Maybe you’re chomping at the bit to get back to the office, meeting with colleagues and clients in person, sharing those moments you’ve been missing while so many of us worked from home.

Or maybe you’d just as soon keep chugging along in that home office or even at your kitchen table. You’ll happily pass on the commute and the parking and the business wardrobe.

Odds are way better than even that you’re in that second category, not at all ready to rush back to the way things were before a global pandemic upended the world of work.

Newsweek reported on a Best Practice Institute Poll: 90 percent of workers want to work from home at least some of the time.

Prudential’s Pulse of the American Worker Survey got similar results. Almost three-quarters of the professionals who responded say employers should continue to offer and expand remote-work options even after the pandemic is over.

And among those who are already working from home, the percentage is even higher. As offices re-open, they definitely want to continue remote work at least one day a week.

A third of those folks came right out and said they would not work for a company that wants them in the office every day.

Even as corporations plan how and when to bring people back into cubicles, conference rooms, and the company cafeteria, recruiters are doing a brisk business. They’re swamped, fielding calls from knowledge workers who want no part of the return.

There’s a reckoning coming, isn’t there?

Maybe you’ve seen the interviews with corporate honchos like the Goldman Sachs CEO who called remote work “an aberration that we’re going to correct as quickly as possible.” He’s by no means alone.

Yes, there’s the potential cost-saving of cutting back on desk space. Still, the higher-ups seem bent on bringing most people back to the office, the sooner the better.

At JP Morgan, CEO Jamie Dimon says this work-from-home thing “does not work for younger people, it doesn’t work for those who want to hustle, it doesn’t work in terms of spontaneous idea generation.” Yes, he acknowledged in a NYT piece that people don’t like commuting. And he added, “So what?”

Amazon has announced it plans to “return to an office-centric culture as our baseline.”

The CEO of Washingtonian Media set off a firestorm with what many called a threat. If employees aren’t physically in the office to participate in meetings, mentoring and other extras, she suggested, they could be reduced to “contractor” status. That would mean less money, no health insurance, and no matching 401K contributions.

What seems to be behind some of this is a genuine concern about “team building” and a fear that remote workers really won’t be a team. If the conversations in-between things vanish, how well will they really know and appreciate each other?

The big bosses are bugged about accountability too. They have a deep desire to know for sure who’s working how much.

To which a lot of knowledge workers are saying, “Hooey.”

Many feel they actually get more real work done at home than they did in the office. And they appreciate the freedom to manage it all in their own way. You know, like the fully functioning adults they are.

A WaPo piece said many professionals have grown to appreciate “a different culture on the horizon — one that accepted the realities of family, health, disability, and more, and that, critically, treated workers as adults capable of managing their lives and their deadlines.”

The bosses and the bossed are clearly not seeing things from the same perspective. And the consultants at Korn Ferry say that’s going to be a problem.

“There is a belief in our culture that we’ve proven that most jobs can be done virtually,” Melissa Swift told Newsweek. “But that’s not the belief within the leadership of organizations, so we’re headed for a real clash.”

Yes, the clash is here. What do workers want most now?

You may have been working from home, as I have, for some time before COVID-19 sent so many people home to Zoom into meetings and collaborate on Slack. I’m curious what you like about it. And what you don’t.

For me, the freedom is fine. Nobody looking over my shoulder to see what I’m up to. No timesheets to fill out. No accountability, really, to anyone except my clients. (And my mastermind group, of course. I depend on them!)

I miss casual conversations over coffee, random encounters in hallways, elevators, or restrooms, and the camaraderie that comes with shared experience and shared purpose.

If I were part of a corporate team, I’d want to be back at the office at least part of the time. Yes, comfy clothes and no commute and the flexibility to do laundry while I’m working. There’s a lot to like about working from home.

I’d give some of it up to be connected, not necessarily every day, but on some days anyway.