What Do They See You Say? 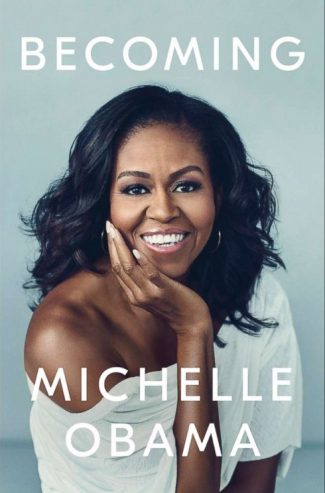 If you want people to like you, trust you, or buy from you, being congruent is critical whether you’re talking in a small meeting or speaking to a big crowd.

My clients hear this all the time: “If what you say and what they see don’t match, people will believe what they see.”

Your words might be polished, perfect for the occasion. And, if your listeners pick up on a fast facial expression or a tiny gesture that seems “off,” you won’t have the impact you were hoping for. You might even torpedo your whole message.

Nobody knows that better than Michelle Obama.

She revisits the “Angry Black Woman” brouhaha from her husband’s first campaign for president in her book Becoming.

Remember? They had her out on the campaign trail, and she was attracting good crowds talking about the struggles people shared and what they wanted in the future. She noted changes in our society that paved the way for Barack Obama’s campaign. She outlined the changes he promised. “Hope,” she declared over and over, “is making a comeback.”

You know what Obama’s opponents did with that video. They took out progress and hope and unity. And left a clip that we all saw over and over and over: “For the first time in my adult lifetime, I’m really proud of my country.”

A new image of Michelle Obama was being created…disgruntled, hostile, militant. Even anti-American. She describes how demoralizing it was, to see herself portrayed as someone altogether different from who she was.

The lesson for us?

There’s more to this than an interesting tale of political process. A pivotal moment demonstrated how Michelle herself had made things easier for the opposition.

The former first lady met with the people running Barack’s campaign—they played a video of her stump speech with the sound off.

What did she see on the screen? “Intensity and conviction” … her face reflecting “the seriousness” of the situation, the “important choice” facing the voters.

And without the sound of hope and change and optimism…her face was “too serious, too severe—at least given what people were conditioned to expect from a woman.”

She was shocked at what she saw on the screen. And the backlash began to make sense: “I could see how the opposition had diced up these images and fed me to the public as some sort of pissed-off harpy.”

People believed what they saw, with some help from Republican operatives directing their view in an effort to neutralize her. As Mrs. Obama says, “The easiest way to disregard a woman’s voice is to package her as a scold.”

They had to un-do the damage.

That meant overdue media training and speech prep. A communications specialist joined the future First Lady’s team to help her “sharpen her message and her presentation.”

She learned to play to her strengths, “to talk about things like her love for her husband and kids, her connection with working mothers and her proud Chicago roots.”

And her new communication expert advised her not to hold back with her humor. To go ahead and be herself. To “allow voters to see her as a real person so they could see that the caricatures were untrue.”

As a result, Michelle says, “I was suddenly having an impact and beginning to enjoy myself at the same time, feeling more and more open and optimistic.”

This new, more natural way of speaking also set the stage for her appearance at the Democratic National Convention leading up to her husband’s nomination. It was a smashing success.

What do people see you say? And is it the message you intend to convey?

Most of us don’t have communication experts and speechwriters and personal assistants. But we do have access to video. Even if, like me, you’d just as soon not watch yourself, it’s worth getting over the discomfort.

Listen to yourself talking on video. Then watch with the sound off. What do you see? And is it congruent with what you want people to hear when you’re speaking to them?

If you notice a mismatch, coaching can help you coordinate your message and your delivery. A good speaking coach will give you valuable feedback and boost your skills so you’re more effective.

And with those new skills you’ll have more confidence in your ability to deliver your message so they really do see what you say. Imagine what that could do for you!

Meantime, maybe you’ve seen a speaker miss the mark with words that didn’t land quite right because of the way they were delivered. (Maybe you’ve even been that speaker.) 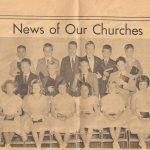 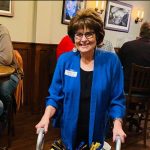