What Happens When They Mirror Your Mood? 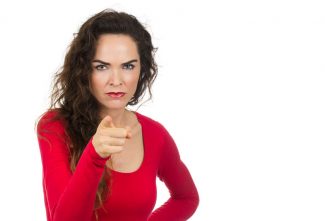 What state are you in?

It’s not your location I’m looking for. I’m curious about the way you’re being at this moment. That means the emotion you’re feeling. And the way you’re thinking. How you’re holding your body. The way you’re moving—or not. Your energy level is part of your state too.

Here’s the big thing. Not unlike a coronavirus, states are contagious.

And right now, a lot of us are catching anger. We’re mad about the pandemic that has upended our careers, our families, and our lives. We’re steamed about how officials have responded to the still-spreading infection.

Americans are furious about years of systemic racism and police misconduct. Others are equally outraged by the demonstrations and protests and efforts to topple statues. Turn on the TV and you’ll see the two sides screaming at each other over whose lives matter.

People are beside themselves about being asked to cover their faces to keep from making the people around them sick. Their fellow-citizens are irate about those who show up in public places without wearing a mask. You’ve probably seen the video of shoppers throwing tantrums—and produce—because they were told to cover up.

The headline in the Washington Post says it all. “Americans are living in a big anger incubator.”

I’m not here to tell you who’s to blame for the pandemic or what to wear on your face. I am saying we—all of us, on every side of every debate—need to get a grip on our rage.

Your clients, companions, colleagues … everyone in your sphere is influenced by your state. And their state has an impact on you. That makes it smart to choose your company carefully, doesn’t it?

How do you catch someone’s emotions?

In a heartbeat, you notice their posture, facial expression, the way they move … all of it. And unconsciously you begin to mirror them. That means if they’re frowning and furious, you start to scowl and tense up. And before you know it, you’re ticked off too.

It happens in a split second. And University of Chicago Professor John Cacioppo says the more expressive someone is, the more likely you are to pick up on what they’re doing and mimic it without even realizing what’s happening.

“The muscle fibers in your face and body can be activated unbeknownst to you,” Cacioppo told US News & World Report. Those tiny muscle movements then trigger the actual feeling by making your mirror neurons fire. Those neurons create the emotion just as if you were experiencing it for yourself.

Same thing happens with tone of voice and language. In a conversation, we tend to match the emotional charge of the other person’s words. Especially when those words are negative. “Hate” “Anger” “Sad” – those words carry a lot of energy.

You can probably remember hundreds of times when you got caught up in an ebullient colleague’s enthusiasm and your own state lightened up. Or when somebody else’s glum mood brought you down. In fact, the downward drift is more likely.

Turns out negative states are more contagious than positive ones. That’s because of our prehistoric ancestors. The ones who were attuned to others’ fear, disgust and anger were more likely to heed a threat and survive to reproduce.

Now, with everything going on around us, it’s time to get intentional about this very natural, automatic aspect of communication.

Once you decide not to be infected by free-floating negativity, how do you protect yourself?

Pay attention to your own feelings, and when things start to go south, ask yourself, “Is this me–or am I picking up a downer from someone else?”

Mind your face when you’re around someone who’s angry or depressed. See if you can keep a neutral or pleasant expression. Don’t succumb to subtly imitating them and “catching” the state behind the sourpuss.

Use antidotes to anger. Psychology professor Raymond Novaco told WaPo there are three of them to “insulate us from getting angry about stuff.”

I write a gratitude list every morning; even when it takes some time to come up with things to write. That one habit has made a huge difference for me.

Call a friend. Set up a virtual coffee date. Check in with family. Stay connected, in whatever way works for you now.

Hopefully, your work fits the bill.

You might try the power of the imaginary bubble. Yes, I’m serious. Picture yourself inside a giant bubble so everyone else’s bad vibes bounce back instead of getting all over you. (Beyond warding off negativity, seeing myself in a big purple bubble can make me giggle inside so my mood gets better instead of worse.)

You may even be able to inspire an angry person to take a rosier point of view.

How? Remember that people are more likely to “catch” a state from someone who’s quite expressive.

The bigger your smile, the more you gesture, the more grounded you are, the more likely it is that your positive energy prevails. The person you want to influence begins to mirror you—and their state lightens.

Apart from making public discourse more pleasant for all of us, being a mood-lifter can have big business benefits, right? Imagine your clients wanting to be around you, looking forward to your conversations, eager for your phone calls.

I hope you can see the value of warding off negative contagion, deciding what state you want to be in and staying there. And even using your own positive energy to shift their state for the better.