What Happens When You Switch Gears? 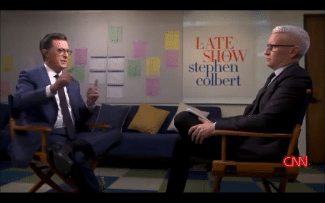 People expect you to communicate in a certain way. You have … we all have … characteristic ways of expressing ourselves.

There are words and phrases you use over and over. Some come from your profession or field of study. Your ethnic background or the place you grew up. You might use slang that’s current, or that was current at a pivotal time in your life.

There are tones you strike when you speak or write. You might often sound earnest or sarcastic. Sardonic or sincere. Self-effacing. Or completely confident.

There are stories you tell often. Family lore rooted in your childhood. Hijinks from your college days and the lessons you learned from them. Professional experiences that have left their mark and that might have an impact on others too.

You may not be able to describe, off the top of your head, any of those qualities about the way you communicate.

If we asked your family and friends, though, they could tell us a lot about how you come across. Colleagues or clients would have definite impressions of you based on how you speak or write.

They’ve all come to expect you to communicate in a certain way. Your way.

What happens when you upend their expectations? When you switch gears? When you show up differently?

There was the talk you’d expect—about politics, personalities, the television industry. Then there was the part about death. And suffering. And gratitude.

That’s just not what we normally hear from a news guy and a comedian on TV.

Cooper and Colbert both lost their fathers when they were 10 years old. Colbert’s dad was killed in a plane crash along with two of his older brothers. Cooper’s father had a heart attack and died during a follow-up surgery.

Their conversation started out down a conventional path, and took a turn when Cooper raised this shared background. And when Colbert talked about living with the sorrow. “It’s a gift to exist,’ he said, “And with existence comes suffering.”

I was riveted to the television. Here was real talk about actual human experience. With expressions of genuine emotion. And moments of silence (which are rarely allowed in broadcasting).

If you haven’t seen the program, you can probably catch it On Demand, and CNN is entirely likely to air it again. Or you can see just this powerful part of it here.

Many were moved by the Cooper-Colbert conversation. And predictably, there wereTweets calling them phony, mocking them for “lending credence to utter woo,” and blasting them for being “bought by the left.” That’s social media for you.

The big point I’d ask you to consider is not even about the two of them or the specifics of what they said. It’s not death, or suffering, or even gratitude.

Give some thought to the stark difference between the usual celebrity patter you hear in TV interviews…and what we heard in this one.

There’s a reason millions of people have watched it, shared it and, yes, Tweeted about it. It’s extraordinary. Literally. It goes way beyond the usual, regular or customary.

My question for you is this: How can you go beyond the usual, regular or customary?

Whether it’s in a presentation at work, a conversation with a friend, even a social media post …how can you be different from your ordinary self? How can you upend the expectations?

There’s a bit of risk in switching gears, even if you’re not doing it in front of a worldwide television audience. There’s also enormous reward.

Think of the impact you can have when you step out of your normal communication pattern. When you speak in a new way, with a fresh voice, telling stories we haven’t heard from you before.

Do me a favor, will you, and tell us how it goes when you switch gears.