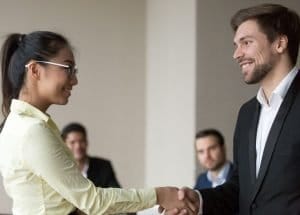 I once worked for a guy who was often described as “brilliant.” He knew popular music inside and out, and he really was gifted when it came to figuring out which songs listeners most wanted to hear on their radios. Of course, people also said, even more often, that he was “just not a people person.” That was a polite way of saying he had no idea how to manage, motivate or even communicate with a staff. Less politely, one of my colleagues nicknamed the boss “the brain in a jar.”

It was an apt description. Here was an executive who’d gotten by on his analytical ability. But that’s not enough to make someone an effective manager, is it?  His interpersonal skills were so bad, ultimately his bosses figured out he wasn’t the right guy to run a radio station. They understood (belatedly) that a successful station isn’t just about the research. It’s about the people too. Seems to me that’s true for all of us, no matter what kind of work we do. It’s not enough to be bright, to have advanced degrees or years of experience. What are sometimes dismissed as “soft skills” turn out to be essential elements of success. Here are five of them, highlighted by Business Insider. Because, as they point out, being likeable is part of the equation when it comes to professional success. The eyes have it People make up their minds about us in seconds; one of the first things they decide is whether they can trust us. Looking them in the eye and saying what’s on our mind is a key component of building trust.No, you’re not going to stare at someone, boring into them with your intense gaze. But you should be able to confidently maintain a connection by making steady eye contact, even if the conversation gets a bit uncomfortable.  If that’s hard for you—and it is for a lot of us—you’ll find practice will make it feel more natural. They notice your mouth too​A warm smile goes a long way toward establishing a connection. It suggests friendliness, acceptance, and an interest in the other person. It also feels better than a crabby face. I know, because I’ve made my share of crabby faces. (Just ask my brother!) Thanks to mirror neurons, our smiles are usually returned. When they smile back at you, those warm feelings can fill the room. That’s good for relationships and it’s good for business. Shake on it Your handshake has a lot to do with the first impression you make. It should be firm—limp handshakes make us go “ewwww” inside, even if we don’t say it out loud. But don’t go for that paralyzing grip that says you’re the strongest guy in the room either. Nobody wants to pull back from a handshake in agony. Palm-to-palm, thumbs at the top, comfortably firm. Pump twice—three times at the most—and release.  Two ears, one mouth It probably goes without saying, but I’m going to say it anyway. People like people who listen.  And that doesn’t mean just waiting for the noise to stop so you can jump in and tell your story or make your point. It means actively focusing on what your conversational partner is saying. Asking a question or maybe repeating their words to signal your interest and encourage them to go deeper. I can’t tell you how many conversations I have at networking events with people who go on and on and on about their business and demonstrate exactly zero interest in mine. No matter how terrific they say they are, are those the people I’d choose as my marketer or web designer or accountant? Definitely not.  Like most people, I prefer to do business with someone who’s interested in me too. If listening well isn’t your strong suit, you might want to check out these suggestions. Use their favorite word And which word will be music to their ears? It’s their own name.You’ll be more likeable if you use their name often. It’s a cue that you’re paying attention to them, that you’re interested in what they have to say. And it acknowledges their uniqueness, even if their name is a common one. Of course, you meet a lot of people. How do you even remember their name so you can use it? When we meet someone new, it’s a good idea to say their name right away, and to repeat it a few times–the repetition helps it stick. Some people find it useful to look right at the person while saying their name, creating a visual cue to jog their memory later. Or you can make that visual link by taking their business card and looking at their name on it as you say it out loud. You might make an association that connects their name to the place you met, or to their work, or to somebody else you know. That salient feature, whatever it is, will be filed away in your brain to help you retrieve the name later. I used to be so good at names I could almost do parlor tricks. My memory is not as sharp, whether because of age or because that name-file in my brain is so damn big now. I’ve found taking a stab at their name helps, even if I get it wrong.  That way, I’m more likely to remember it next time. And I’ve conveyed interest in them—they like that, even if I am a little fuzzy on the details. There’s a lot more to being likeable, of course. But practicing these five things will give you a good start on being the kind of person who gets the job or the sale or the vote. You didn’t start working yesterday, did you? You’ve probably developed some likeability tips of your own. I’m all ears (or maybe I should say “all eyes”). Please share them in the comments below.