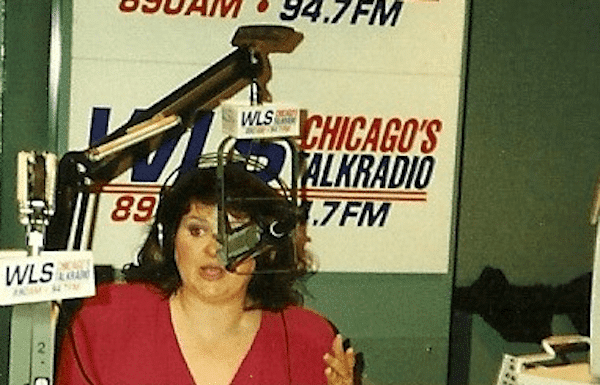 You know I wrote last week about a couple of politicians in peril because “nobody likes them.” Not being liked is a problem for someone in public life. And, I argued, that goes for the rest of us too.

I set out to make the case that our business benefits when we’re well-liked. And I was surprised at the reaction I got.

Plenty, as it turned out. A sample of the reaction …

Ah yes, that last objection, especially, resonates. Still, it’s interesting, isn’t it, that so many people took issue with my premise that being likable is good for business.

It gave me a lot to think about.

First of all, each of us can be more than one thing at a time, right? In fact, you might make quite a long list of adjectives that describe how you are. Or how you aspire to be.

And all of those words on your list could fairly apply, even the ones that might seem contradictory. Because even the most consistent among us don’t behave exactly the same way at all times with all people.

Context counts. Always. Depending on where we are and who we’re with, we might speak a different kind of language. Or follow a different work process. Or wear completely different clothes. Or we might make any number of other changes in how we relate to the world around us based on our surroundings and our company.

Maybe that’s what bothers me when it comes to questions about likability. Yes, I understand the impulse behind the questions, and particularly the doubts from women. I’ve explored the bind women face on this subject, especially women in politics.

And I agree that women often face an undue burden when it comes to what some call the likability trap. One expert on the subject recommends “Gender Judo” to grapple with the competing expectations of professional women.  I understand what she’s talking about. And I’ve suggested that men as well as women could benefit from that kind of flexibility.

I’ll even claim personal insight into this women-and-likability issue.

I may be the only woman you know who got fired for not being likable. Literally.

I’d been working at WLS for 18 years when the program director invited me to come in early for a meeting and told me I wouldn’t be doing my show that evening. Or ever again.

They’d decided not to renew my contract. And when I pressed for an explanation, he told me, “It’s the likability thing.” Bottom line: “People just don’t like you.”

Yes, he had some particular categories of people in mind. And no, we don’t need to go into that here.

The point was, I learned the business from a program director who thought talk radio was supposed to stir things up. To create controversy and whip up emotion. The guy was always telling me to stop being so “nice” on the air. (“You gotta be tough, CJ!”)

I was now being fired by a new program director who found me “not likable.” Whipsawed.

Somehow my male colleagues could generate angry calls, hate mail, and critical newspaper columns and still be considered likable enough keep their jobs. Or maybe it was just that nobody cared whether they were likable. “Likable” was not part of their job description.

So, I understand the sensitivity women might have about this notion that we need to be liked to be successful.

And I still say I’d rather you like me than not.

I’m out to reclaim “likable” as a positive attribute.

Can we stipulate that being liked does not mean being a doormat? That likable is not a synonym for namby-pamby? That I can have a smile on my face and still have a spine?

That’s my vision, anyway. Yes, for women…and for men, too!

I want us all to set false dichotomies aside. To reject the idea that we have to choose between being liked and respected. And to make sure we don’t put other women in the position of having to choose.

(Let’s face it, how many of us have described Hillary Clinton or Elizabeth Warren or that woman who works down the hall from us as “not likable”?)

Instead, we can blend the strength to stand our ground with the warmth to create relationships. Because our ground is a lonely place if we’re standing there all by ourselves.

This is your invitation to stand with me. And to tell us about your own experience with being likable—or not quite likable enough.