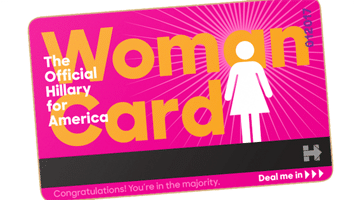 You may have seen the video More Than Mean. If you haven’t, you should. Just Not Sports produced it to highlight the viciousness female sportswriters face online.

Not that people don’t criticize their male colleagues. Of course they do. Anybody who writes or talks publicly – and increasingly, that’s almost all of us – faces their share of negative reaction.

But the venom and violence directed at women can be shocking. Especially when you consider that the mostly-men who post that piffle probably wouldn’t spew the same stuff in person.

Would they kiss their mother with that mouth? No. But they’d sure write something ugly online about your mother. Or your sister. Or you.

They seem to forget it’s an actual flesh-and-blood human being on the receiving end of their rants. Or maybe they just don’t care?

And when it comes to politics – YIKES!

Once in a while, I post political stuff on my Facebook page because I focus on communication. Keeping an eye (or an ear) on the campaign trail can yield rich material about speaking and marketing and persuasion.

Donald Trump’s remark about Hillary Clinton was a perfect example. “The only thing she has is the woman card; she’s got nothing else going. And frankly, if Hillary Clinton were a man, I don’t think she’d get five percent of the vote.”

First there was Clinton’s reaction – “If fighting for women’s health care and paid family leave and equal pay is playing the woman card, then deal me in!”

Then her campaign did a brilliant bit of news-jacking. (David Meerman Scott’s name for jumping on a news item to promote a product or in this case a candidate. It’s a great way to get attention and sometimes to turn a potential liability into an asset.)

The Clinton campaign responded to Trump’s derision by offering to send each of us her very own Woman Card … in exchange for a campaign donation. They highlighted what that card will get us: “Lower wages! No paid family leave! Limited access to health care! Just some of the perks of your Woman Card.”

That’s a great gimmick, no matter how you feel about Clinton’s positions on the issues. I posted a tongue-in cheek (and very funny) piece about the Woman Card, written by the Washington Post’s Alexandra Petri.

So what showed up on my Facebook page? Comments and memes and gifs calling the candidate a liar, a tyrant and a cancer on the Democratic Party.

A woman accused her of hating America just like Obama. Another one called her a lesbian, adding the obligatory “nothing wrong with that.”

A guy who identifies himself as “a victim of the Nixon Christian Intelligence Agency CIA unable to obtain basic human rights” said Hillary Clinton’s to blame for his drugging, torture and gang-rape by the Rockford Police.

And then there was the Texas woman who posted “I hope and pray for a MAN to be president!”

If it wasn’t all so sad, it would be funny.

Perhaps it’s no accident that Facebook used a picture of a flame to accompany their message, “This post is performing better than 95% of other posts on your Page.”

It did get vastly more views than most of my posts – 2,454 pairs of eyeballs at last count. Compared to fewer than 500 for my more typical post the same day. That one was about 12 ways to improve your speeches and interviews. (I see you yawning.)

The merely informative is easily overlooked, no matter how valuable it might be. Which is too bad; it can’t help anyone if they don’t see it.

So if you’re using social media to pump up your profile. To make your business more visible. To cut through the clutter and get some attention … it looks like edgier posts will help you achieve your goal.

Provided you can stand the heat.

Some people recommend an occasional break from social media to detox from the vitriol. I’m curious about you. Do you ever just throw up your hands and say you can’t take another Tweet? Or do you thrive on the back-and-forth in your Facebook feed?

Have your say about social in the comments section.