When They Just Don’t Get It 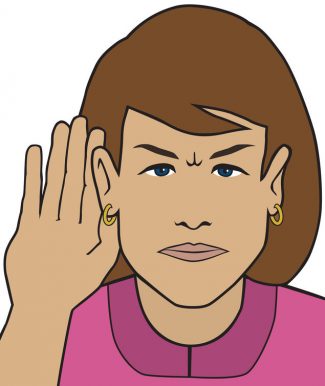 You know how it feels to be misunderstood.

Often, we expect people to do a better job of interpreting what we say. If they did, they would understand what we really mean.

Much of the time, that expectation turns out to be a mistake.

I’ve been reminded lately of something I learned studying Neuro-Linguistic Programming, one of the NLP fundamentals:

The meaning of the communication is the response you get.

Which means, if people react to something you say or write in a way that surprises you, it’s no use complaining that they don’t get it or they misunderstand you, or they should have a better handle on the way you prefer to communicate.

When you’re the one with a message to deliver, it’s smarter to figure out how they communicate, and say what you have to say in a way that suits them.

But wait, I didn’t mean that…

Wheaton College has dismissed its chaplain for what the school called, “inappropriate comments and actions of a racial and sexual nature.”

He denies any misconduct. He told the Chicago Tribune his “approach and banter” had been misconstrued because of his “Dutch directness and no-nonsense style.”

Oh, I see. So, the guy is Dutch. That excuses everything. Or not. Who knows how it will play out now that attorneys are involved on both sides?

Closer to home for me, a contretemps arose in a group I belong to when one member posed a question that felt to others like criticism. Prickly responses netted this from the person who asked the question in the first place:

“I am really not a confrontational person at all but am a direct communicator and tend to speak in short sentences. … My intention is not to confront, my intention is problem solving. So please give me that grace for future conversations.”

“Problem-solving,” huh? It sure seemed a lot like fault-finding.

And then there’s me.

I find myself saying often, “Well, you know me …”

By which I mean something along the lines of, “If you didn’t want an honest answer, you shouldn’t have asked me the question.” Because (you know me) I have a reputation for being direct. There’s that word again.

So, is being “direct” a bad thing?

I don’t think so. In fact, in business conversations, it can be extremely helpful to cut through the blather, get to the heart of the matter, and give it to ‘em straight. I know this because people say that’s one characteristic they value about me.

Individuals who pussyfoot around the subject, downplay the difficulties, and hide their real feelings are a hassle to deal with. If you don’t know what they’re really thinking, you can hardly know how to respond.

On the other hand …

There’s a fine line between being direct and being brusque, abrasive, and bordering on rude, isn’t there?

Believe me when I tell you I’ve been accused of crossing that line a time or two. Maybe you have too.

I didn’t mean to be harsh. I wasn’t trying to dismiss them or hurt their feelings. It’s just that I’m a very direct communicator and they should give me some grace.

Grace is a two-way street.

And the truth is, I have to give it before I can expect to get it. This takes me right back to that NLP presupposition: The meaning of the communication is in the response I get.

Look, it’s no use demanding that people understand my way of expressing myself. I need to understand the way they take things in. And then, if I want to have some influence, I need to adapt to their way of hearing instead of expecting them to embrace my way of talking.

The point of those communication style instruments – like Social Styles and DISC and that thing with the different colors – is that we come to know how we’re wired to express ourselves.

Well, that’s actually half the point. The other, equally important, half is to figure out how we can flex so that we can best connect with those who are wired differently.

Not just so we can be more likeable, although we will be. Because when they’re more receptive to what we’re saying, we’re more likely to accomplish our goals.

Over time, I switched the focus away from the notion, “This is the way the way I communicate. You just have to understand that.”

Now, it’s more like, “How can they best hear my point?”

What do I need to do, to make my meaning more clear? Would different words create a better understanding? Could a change in tone or body language make them more receptive to what I’m saying?

I can tell you my own interactions with people began to change as I made that shift in how I engage with them. We all tend to be much more effective when we pay attention to the way others respond and adjust accordingly.

You might consider trying that too. Rather than being married to your own communication style, whether it’s very direct or something else, give some thought to the other person’s preferences. See how you can make it easy for them to take in the message you intended.

A caveat here: I’m not talking about putting on some phony persona and pretending to be something we’re not. That doesn’t serve anybody’s interests. And even with my adaptations, I’m still straightforward, as anyone who knows me would attest.

I am suggesting that we be flexible in the way we interact with others. Because it makes all our interactions more pleasant. And because that flexibility increases the odds that we accomplish our goals.

That two-way Grace Street turns out to be the right way to go.