Who’s Allowed To Insult Whom? 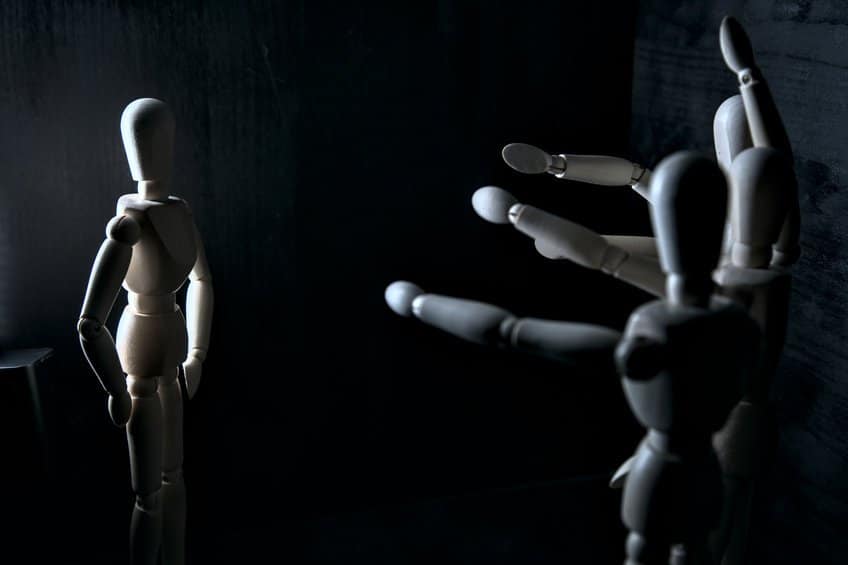 You know I think we should all be nicer to each other more of the time.

And, we still ought to be able to speak our minds about public officials, don’t you think?

Chicago’s mayor and the teachers’ union are legendary now for the bad blood between them. The union supported someone else for mayor; their candidate lost by a large margin, and they’ve been having conniptions ever since about nearly everything Mayor Lori Lightfoot says or does.

Some Chicagoans side with the union, some with the mayor, some have been known to switch sides depending on the specific issue at the moment.

And many of us say, “A pox on both their houses.” It’s infuriating that they can’t get along and work together to improve the schools for the sake of the students. And the taxpayers.

I find the sniping between them so annoying; I sometimes turn off the news rather than listen to those union officials blather on about their disdain for the mayor or hear Lightfoot blasting the union again.

That said, it’s not out of bounds to criticize elected officials or public employees’ unions.

A commentary in the Chicago Tribune said union president Jesse Sharkey crossed the line, insisting, “A white man calling a Black woman stupid on a public platform is never appropriate.”

The man who wrote it said the Black women he’d talked to agreed that the remark was offensive and inappropriate. And with each of those women, Marcus Betts said he could “feel the deflation of her spirit.”

He believes this kind of insult is dangerous. “When we normalize Black women being called stupid or being seen as lacking value,” Betts wrote, “they are marginalized and often denied opportunity.”

Betts insists that Sharkey must publicly apologize “to do right by all Black women and little Black girls.”

That’s where he and I part company.

I’m all for more civil discourse. I’d much prefer that we criticize positions, ideas, or official actions without personal insults. I believe we should discuss issues like grown-ups instead of indulging in childish name-calling.

I don’t believe Sharkey insulted all Black women when he questioned one specific Black woman’s intelligence, however gracelessly.

And I think this kind of generalizing muddies our communication and promotes division.

Not that Betts is alone in his assertion that a jab at one is a death blow to all.

The Chicago Aldermanic Black Caucus wrote to the Sun-Times, complaining about Sharkey’s anti-Lightfoot comment and throwing in recent criticisms of Kamala Harris and the Cook County Clerk.

“In all of these instances,” they wrote, “the common thread is that Black women are constantly challenged. They have had their intelligence, leadership, or commitments questioned, as if there is nothing they can do that is right.”

I hate to break it to them.

There’s likely no government official of any color, gender, or national origin who hasn’t had their intelligence, leadership, or commitments questioned.

You know who’s been even more vocal than the CTU president in condemning Mayor Lightfoot? The union’s vice president blasted the mayor as a “micromanaging, name calling, bad boss who can’t get along with anyone.”

Stacy Davis Gates said the mayor is “unfit to lead this city. She is on a one-woman kamikaze mission to destroy our Chicago Public Schools.” And nobody called Gates a racist.

Gates, of course, is a Black woman.

We shouldn’t have to share demographic traits with a leader to be allowed to question, challenge, or even criticize that leader.

Otherwise only wealthy, retired, White men could get away with comments about our former president. A quick look at Twitter will tell you that many people who don’t fit those criteria are freely sharing their negative views of Donald J. Trump.

These men leaping to protect Black, female government officials from taking their political lumps, as if those women are delicate flowers who can’t take care of themselves…

Have they ever met Lori Lightfoot?

Our mayor is known for, and often criticized for, her own direct comments about political opponents. Here’s what she had to say about Jesse Sharkey labeling her “relentlessly stupid.”

“I mean, that sounds like the comments of a desperate man, and I gotta tell you, if I had a dollar for every time some privileged, clouted white guy called me stupid, I’d be a bazillionaire,” the mayor said.

Lightfoot didn’t even want to talk about Gates and what the mayor called a juvenile, name-calling fight. As she said, “This isn’t junior high school.”

There’s a lot to ponder here, isn’t there?

In a perfect world, everybody treats each other well, even if they have fundamental disagreements.

This not being a perfect world, some of us are going to insult others of us every now and again. And yes, some do more than their fair share of the insulting. We might have judgements about those people.

Better to challenge a person’s ideas, statements, or behavior rather than dwell on personal characteristics. I’ve never been a fan of the Tweets and taunts about the former president’s hair style, skin tone, or physique; I think it’s childish.

Or maybe you see it differently? I’m looking forward to your comment.