Write it Out Loud: It Works 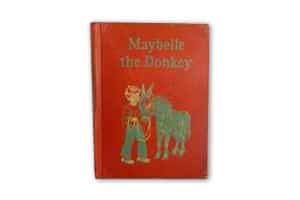 Remember when you were first learning to read … and you had to sound out the words?

I can still remember the first book I read all by myself – Maybelle the Donkey. (Not surprisingly – Amazon says it’s out of print.)

You’re way past those children’s books now; you don’t need to read out loud. But you might try sounding out the words when you write, especially when you’re writing anything you’re going to be saying later.

Whether you’re giving a formal talk, introducing yourself at a networking event or even offering a toast (or a roast!) it can help to put your thoughts on paper as you prepare. Many professional speakers write out their talks word-for-word as part of their process.

And, when you write your talk, it’s important to write the way you talk.

Spoken English is much different from written English.

When you’re in the audience, you can hear the difference between someone who speaks naturally and comfortably—as if they’re having a conversation with you—and the individual who’s reading a script. Especially a script that somebody else wrote, which is common for corporate honchos and politicians.

You can even hear the sound of memorized recitation, whether the speaker is literally reading it or not. It’s stiff, right? It sounds unnatural. Some of that has to do with delivery. But often the problem starts with the material that was memorized–it was written for the eye, not the ear. And our ears pick up on the false note.

One way to head off those problems is to say the words out loud as you write them. Notice how they sound coming out of your mouth. Is your material clear? Easy to understand? Engaging?

Can you say a sentence out loud in one breath or are you gasping for air by the time you type that period at the end of a sentence that was much too long and had too many clauses for your audience to figure out what you meant?

As you say it out loud, do you sound like you? I mean the real you. Or are you in danger of being confused with some pedantic academic sort?

I developed the habit of writing out loud when I did my writing in a radio newsroom—obviously that was writing for the ear. So speaking it as I wrote it helped me write it to be heard.

When I wound up as a communication consultant, working in an office with other consultants whose backgrounds were very different from mine…I believe they got more than a little tired of listening to me muttering away at my desk as I typed a proposal.

But over time, my colleagues started bringing projects to me to write or to polish. Because writing for the ear turns out to be a very useful business skill. It yields a letter, report or proposal that’s crisp and clear and easy to understand—and much more likely to get action.

So at the risk of annoying anyone who shares your office, I recommend that you try writing out loud. Especially when you’re writing something that you are going to stand up and say later … you’ll find writing out loud will help you deliver a talk that connects with your audience.

You must have that connection if you want to influence your listeners and certainly if you want them to be eager to do business with you.

Try it out now. Post a comment—and hey, just for practice, write it out loud.