It’s Not Optional: If You’re in Business, You’re a Speaker 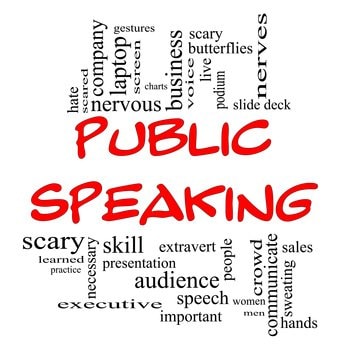 You might have seen this in Forbes the other day. Billionaire businessman Richard Branson wrote, “For an entrepreneur, giving speeches is an everyday task and an essential skill.”

Does that mean Branson likes being in front of an audience?

Um, not exactly. “I loathe making speeches,” he said, “and always have. I deliver a lot of them these days, but it’s almost as true today as it was when I first spoke in public as a student some 50-odd years ago.”

Branson might find the whole process less painful if he’d consider them conversations instead of speeches or presentations or performances.

People put unnecessary pressure on themselves when they think about giving a speech. It makes their nervousness worse. It also makes a lot of speakers (or conversers?) sound stilted and strange. They get hung up on saying the exact right word when they should be focused on making an emotional connection with their audience.

That connection is so important! Without it, the odds of your listeners buying you … or buying from you … are reduced. By a lot.

Branson has come up with a way to dial down the anxiety, though. Little trick he picked up from Winston Churchill. “Like Churchill, I found that if you practice, practice, practice, then practice some more, that will gradually mitigate the fear of public speaking, no matter how debilitating. Repeat the speech until you are even hearing the phrases in your dreams, and it will be much easier to deliver.”

And that’s not all he learned from the British statesman. “Churchill also once said, ‘A good speech should be like a woman’s skirt: long enough to cover the subject and short enough to create interest.’ Take this advice to heart.”

And, he has some reassurance for those of us who still feel those butterflies when we’re in front of an audience. “After years of practice, even the best and most experienced public speakers still get nervous, so if you find yourself dreading giving a speech, don’t fret about it. A touch of the jitters sharpens the mind, gets the adrenalin flowing and helps you to focus — at least, that’s the theory.”

It’s a sound theory, as a matter of fact. I’m a believer in accepting the feeling rather than trying to make it go away. Notice it. Dance with it. And move on with the conversation.

I was glad to read Richard Branson’s flat assertion that stepping up to the microphone is “one inescapable reality of business.” Whether your conversation is with investors, employees, the media, clients, or people who could be your clients if only they knew about you … speaking well will make all the difference in your business.

If you want to read Branson’s whole article, you’ll find it here: http://www.entrepreneur.com/article/241448