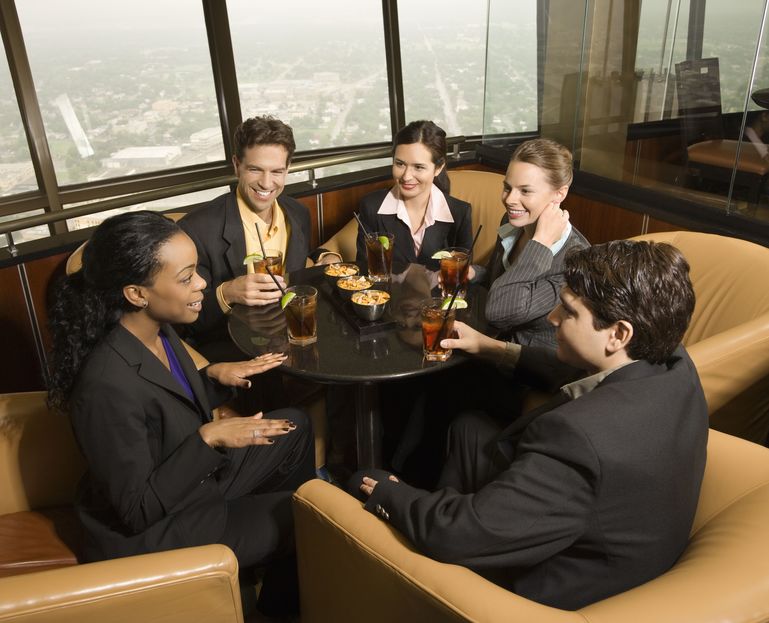 You may be so tired of virtual meetings you’re dying to get out there and meet people live and in person. Or maybe you’ve already made it to an in-the-flesh get-together.

On the other hand, some people have been happy to hide behind a screen. The last thing they want to do is mingle with other human beings for mutual business benefit…or for much of anything else.

For those in that category, the online magazine PureWow offers networking tips for introverts. And they might make sense for the rest of us, too. Because the benefit of getting out and meeting people is clear.

Here’s the bottom line on the value of networking from Harvard Business Review, where they studied lawyers at a big firm:

“Their success depended on their ability to network effectively both internally (to get themselves assigned to choice clients) and externally (to bring business into the firm). Those who regarded these activities as distasteful and avoided them had fewer billable hours than their peers.”

What does that tell us? You don’t have to like networking. And, if you want to be successful in business, you still have to do it. So, about those suggestions I promised…

Especially if you don’t really love the idea of meeting somebody for coffee, making the first move makes sense. Because it’s likely you really don’t dig the idea of meeting them at a cocktail party with a whole crowd of people hanging around the hors d’oeuvres making small talk.

If you make the first move, you have more say-so about the time and place and who all’s going to be there. So, you can make it as comfortable as possible and give yourself a chance to shine.

Have some questions ready to go.

Introverts sometimes worry about off-the-cuff conversation. Maybe you won’t know what to say. Or you’ll blurt out the wrong thing. A little planning can put you at ease. What would you like to know about this person you’re meeting? And what do you want them to know about you?

Work out your talking points; you might even practice saying them out loud, so they sound natural when you get together with your networking partner.

It’s not a contest to add more names to your “Contacts.” Yes, there may be outgoing types with a longer list of professional associates. The number is not the main thing here.

Focus on high-quality connections with people you can help and those who can help you. And include people you genuinely enjoy, even if nobody’s helping anybody right this minute. (You never know what the future will bring.)

Reach out to people from your past.

Maybe you worked together two or three jobs ago. They were a client of yours, or you were their customer. Or you met in a class along the way, academic or otherwise.

Even if it’s been a while since you’ve been in touch, reviving that connection can be easier than starting from scratch with someone new. And your earlier experience gives you some guidance about how to approach them.

Do some of your networking on social networks.

LinkedIn is a great way to make an initial connection. You may have already seen an increase in LinkedIn activity since the pandemic closed the coffee shops where we used to meet for a get-to-know-you chat. It’s a great time to delve deeper into the business-oriented social network.

You can ask someone directly to connect with you. Or lay the groundwork by commenting on their posts and responding to their comments on other people’s work. Then if it seems there’s a value to getting to know one another, send a connection request.

Personalize that request, please. It’s worth mentioning what made you want to reach out. And some people follow those LinkedIn connections with a phone call or Zoom meeting to get to know each other a little better.

Tap into your super-power.

One thing about outgoing types. Often there’s a lot going out and not much coming in. Extroverts have been known to do more than their fair share of the talking.

You, on the other hand, are likely to be quite comfortable giving someone else the floor. That old saying about two ears and one mouth was made for you. You don’t have to force yourself to let the other person finish a thought before you jump in. It’s natural for you to tune into what they’re saying, give them the gift of your full attention, and really listen.

Here’s a way to think about this. You can walk into a gathering and sparkle, you can dazzle people, you can light up the room with your personality. You can shine like the sun.

Or you can shine like the moon instead! The moon doesn’t generate its own light; it reflects the light from another source. And, think of all the songs and poems that have been written about that magnificent moonlight.

When you reflect the other person’s light, you wind up shining brightly and beautifully. And you delight them in the process.

This is going to be fun, don’t you think?

If you’re one of those reluctant connectors, I hope this gives you some ideas about how to feel like a networking natural.

Whether you meet people on Zoom or LinkedIn or at a professional association meeting, laying the groundwork for relationships will pay off over time. You might even surprise yourself and have some fun!

And whether you love meeting those new people or you’d rather have a root canal than go out and schmooze, I hope you’ll share your best networking suggestion in a comment.