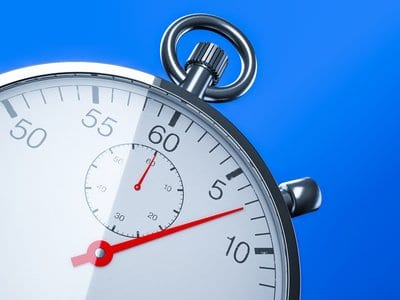 You already know I think business speakers can learn a lot from TED talks. Even if your talk is a 30-second introduction at your Chamber of Commerce meeting instead of 18 minutes in front of thousands, you can pick up some tips from the pros who speak at the TED conference. And from the Science of People research into what gives some TED talks more impact than the rest.

First impressions are the subject of this last article in the series. You can catch up on the others on my blog, if you missed them.

The evaluators in this study rated TED speakers on Credibility, Charisma, and Intelligence. It’s no surprise that the experts who got the highest ratings on those three criteria were also the most likely to see their TED talks viewed and liked and shared in huge numbers. While other talks, even some on the very same subjects, generated much less enthusiasm online.

Here’s what you should know. The evaluators made up their minds about a speaker’s Credibility, Charisma and Intelligence in seconds. SEVEN seconds, to be exact.

That’s right. They drew their conclusions about the entire talk – and about the speaker – in the first 7 seconds of the video.

And those conclusions were mainly based on non-verbal communication. In fact, the ratings in this study correlated with each talk’s online views … even when the evaluator watched the first 7 seconds without the sound.

What does that mean for you? Consider how you’ll open your talk. Not just what you say first, but how you say it. Is your voice full and rich or tight and tense? Can you be clearly heard everywhere in the room? If you’re using a microphone, are you tapping it and asking if it’s on? Popping your P’s? Or speaking just close enough to the mic that it picks up your voice perfectly?

It even matters how you walk to the front of the room. Or how you stand up at your place, if you’re at one of those meetings where people go around the table and introduce themselves.

Do you rise from your chair and immediately adjust your clothing, fiddle with your jewelry or mess with your hair? If so, you lose points before they even have a chance to hear what you have to say.

Can you command a room wordlessly … by the way you stand, move to the front of the room, look your listeners in the eye? Can you connect with the individuals in your audience, even as you begin to speak your first words? Your vibe speaks volumes. What is it saying?

It’s not news that we make up our minds about people quickly; you know first impressions happen in an instant. There’s a lot of research to support the 7-second rule. What’s noteworthy about this particular study is what it tells us about speaking to an audience. And you know my theory. If you’re in business, you’re a speaker. Whether you know it or not. And whether you like it or not.

Here’s what I hope you’ll take away from this article and the others in the series.

I look forward to hearing how you put this learning into practice as you promote your business.