You’re The Kind of Person … Or Are You? 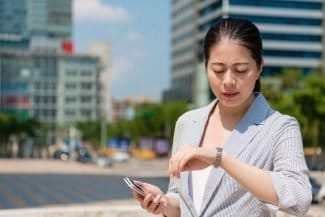 You’re all set for an important meeting with a client or colleague. You’ve done your homework, you’re completely prepared for this conversation, and you arrived early so the two of you can get right down to business. Because that’s the kind of person you are. Responsible, respectful, caring about relationships.

It’s past time for your meeting, the clock keeps ticking, and you’re still sitting in the room by yourself. This individual who isn’t in the room? They’re inconsiderate. Selfish. They don’t care about you at all. And a person who never shows up on time is probably sloppy about other things too, you can’t trust somebody like that.

Maybe there’s another way to look at it.

When we evaluate other people, we tend to assume that what they do tells us who they are.

In the world of social psychology, that’s the Fundamental Attribution Error. We explain their behavior by pointing to their personality or character, as opposed to the situation they’re in right now.

When they’re late for our meeting, we don’t think they just got a furious call from their biggest client. Or their building is locked down because of a security threat; they can’t leave. Or there’s some snafu on the expressway and traffic’s at a standstill.

What if the situation were reversed?

Imagine you’re the one late for the big meeting. Your client or colleague is ready to roll and getting impatient. Checking their watch, tapping their toes, wondering why they wasted their time making plans with someone so irresponsible and downright rude.

You got an emergency call from the school; your child’s been hurt and you’re racing to get there. Your boss waylaid you on the way out the door with “We need to talk right now.” The Uber driver took some crazy route and delayed you.

There’s the Fundamental Attribution Error again. When it comes to our own behavior, we attribute missteps to the circumstances, not to a fundamental flaw in our character. By default, we see them as situational, not set in stone.

Understanding the Fundamental Attribution Error gives us a hint about how to have more productive—and pleasant—interactions. And not only in business.

This bias shows up with friends, family, and that total stranger who just cut me off in traffic because he’s a jerk. Or because he’s racing to get an injured colleague to the emergency room. Or he’s preoccupied—he just lost his job; he’s facing financial ruin. Or he’s late for a very important business meeting.

You can overcome the Fundamental Attribution Error.

We’re really talking about how to cut people some slack instead of blaming their bad character for every little thing that goes wrong. Here’s how:

“He never returns my calls on time.” “She’s always missing deadlines.” They can never make a decision without waffling.” And so on.

Global statements like that are almost always wrong. You were short-tempered this morning, yes. Are you always crabby? Of course not.

Far better to say, even if we’re only talking to ourselves, “She pushed my buttons in that meeting.” Instead of, “She always gets on my last nerve.”

When you imagine yourself doing what they just did, you can also imagine the external reasons it happened. Because if it were you, you’d have a perfectly good explanation.

As I’m writing this article, I’m waiting for a phone call from a woman who said she wanted to talk with me about a speaking engagement.  She sent me the Outlook invitation, saying she’d call at 9:30. She did not call.

My first thought: she was never serious about this. She’s so rude to blow me off. She’s the kind of person who doesn’t respect speakers.

This is my chance step into her map of the world, right? From there, I can see other possibilities. She could be home sick. Maybe she had some kind of calendar snafu. Or an emergency came up in the office; she’ll call later, apologize, and hire me for a big, fat fee.

Truth is, we may never have the conversation we’d scheduled. If we do, I’ll be in a much better frame of mind for it if I give her the same break I’d give myself. And in the meantime, I’m more productive if I’m not sitting here stewing about being dissed.

Instead of assuming something went wrong because of their bad character, open a conversation about it.

This comes with a caveat. Better to ask a real question, not one that’s really an attack masquerading as a query.

You’re looking for something more along the lines of, “You seem preoccupied lately. Anything going on?” or “It’s not like you to let a meeting slip through the cracks. How’s your day been otherwise?”

This approach can patch things up and even lead to a deeper, richer relationship. How’s that for turning the Fundamental Attribution Error on its head?

If I had a guess, I’d say you’ve had some experience with the Fundamental Attribution Error. (Haven’t we all?)

You’ve made that error, and you’ve no doubt been on the receiving end too.

PS: Turns out my positive attitude about that phone call was entirely warranted. She got in touch later to let me know she’d been at her doctor’s office when we were supposed to talk, and we rescheduled the call. Our conversation was a delight!